How to remove a bumper sticker "Nissan Almera classic"

Device for absorbing impact energy and protecting the car is the rear bumper. On the car "Nissan Almera classic" bumper installed according to the conventional standards, and they have a high level of wear resistance. To remove the bumper from this car, do not need special tools, so all work can be done independently. 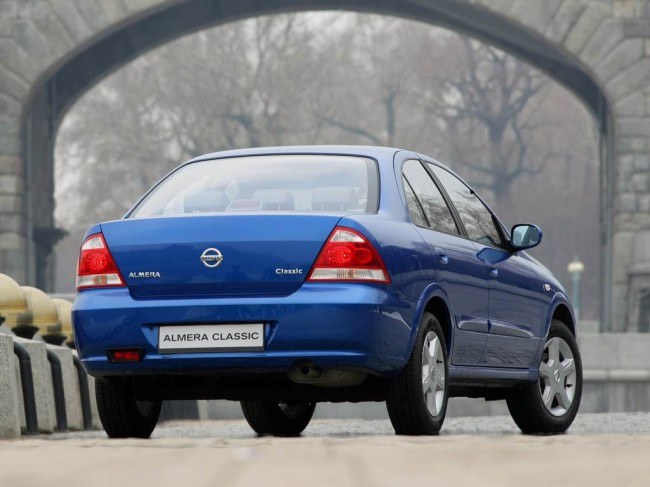 Related articles:
You will need
Instruction
1
Right to remove the bumper you will need some knowledge about its design. In a system of bumpers "Nissan Almera classic" includes amplifiers, brackets, fasteners. In addition, they installed lighting systems and alarms. Also there are places for fog lights and tow hooks.
2
First of all, disconnect the wire from the negative terminal of the battery, then remove the trim of the trunk. Loosen both sides nuts and bolts of the bumper, then disconnect connector from the fog light socket harness.
3
After this, Unscrew the right and left one bolt visors to the bumper bolts and bumper to the rear wings. Next ,remove the pins of clips securing the lower part of the bumper and remove the caps from the holes of the brackets of the body.
4
Then proceed to remove the tail lights. In the same way as with the bottom of the bumper, remove the rods of the pistons (left and right) from the top and remove the caps from the holes in the bracket body. Disconnect the harness wires from the lamps the number plate lighting is, and then, clenching his mustache plastic retainer, remove it from the holder located on the back. Unscrew the two nuts attaching fog lamp to the bumper and remove the lamp together with its surround.
5
Now remove the screws mounting lights, license plate light (two screws on each side) and remove the lights. Use a screwdriver to pry the plastic holders and remove them. At the top of their bred 4 pieces. In case there are broken, replace them.
6
Also using a screwdriver, pry and remove the two clamps, located right and left of the energy-absorbing elements of the bumper and remove them. Remove the nuts attaching the bumper beam and remove the beam. Then remove the bolts mounting racks timber (two left and two right) and remove the stand. When mounting the rear bumper install all parts in reverse order.
Useful advice
When you install the bumper into place to best fit the wing replace plastic brackets on the metal. And all metal strengthen by stiffeners.
Is the advice useful?
Присоединяйтесь к нам
New advices