Where is the border between Europe and Asia

The border between Asia and Europe, until recently, was conditional. It was held by the Ural and Caucasus mountains in major watersheds. Such an approach is impossible for cartographers to accurately carry out the work. For this reason, a decision was taken on the passage of the Euro-Asian border. 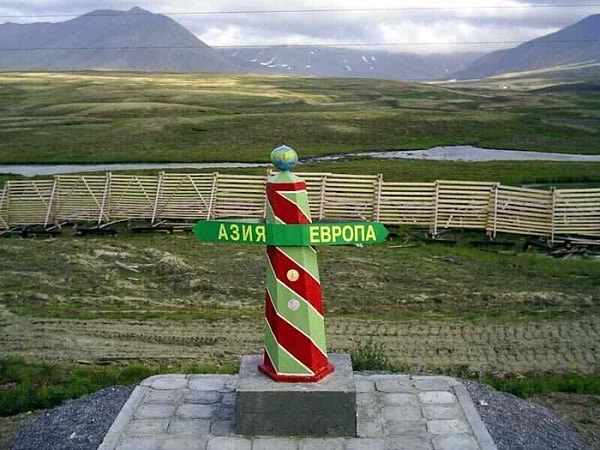 Related articles:
In geography textbooks clearly says that the border between Europe and Asia passes right by the Ural mountains and down to the Caucasus. This fact once more drew attention to the mountains that are so full of secrets and mysteries.

Directly in the mountains are the border posts that indicate that on one side is Europe, the other Asia. However, the poles posed very badly. The fact that they do not correspond to the historical data.

Different approaches to defining the boundaries

In addition, when comparing several sources, it can be concluded that about the Caucasus in General, there is no consensus about where the line is. The most common opinion – it runs along the main watershed ridge. Other sources indicate that the boundary runs along the Northern slope. By the way, if you look at the Atlas of the Soviet era, there is the Euro-Asian border runs directly along the border of the USSR.

Such an attitude to the passage of the border has led to disputes over territories in Asia and Europe, that the scientific community is almost a priority. Still arguing, to Asia or Europe to carry the Mont Blanc and Elbrus the same.

Leading scientists claim that it is not up to a kilometer to distinguish between the parts of the world. The fact that they are not sharp transitions. If approached from the point of view of the difference of climate, there is no difference, the same applies to vegetation, fauna and structure of the soil.

The only thing you can rely on is the structure of the earth's surface, which reflects the Geology. This is what at the time was based leading geographers, trying to draw the line between Asia and Europe. They took as the basis of the Urals and the Caucasus.

Here a natural question arises – how to draw the line in the mountains? It is known that the width of the Ural mountains, about 150 kilometers, the Caucasus mountains even more. That is why the border held in major watersheds, which are located in the mountains. That is, the border is absolutely conditional and should not be considered exact, even if you count in kilometers. However, it was subsequently made the competent decision according to which the modern border has clearer contours.

For ordinary people the answer to the question: "Where is the border between Europe and Asia?", can be given as follows: "In the Ural and Caucasus". He will be quite pleased by this response. And what about the cartography? After all, to Europe's borders could be on the Ural river, both to the left and right. Similar examples can be cited. For this reason, in scientific circles, it was decided to consider the boundary passing along the Eastern slope of the Urals and Mugodzhary. After it is on the river Emba to the North shore of the Caspian sea to
The Kerch Strait.

I mean, recently the whole Urals is included with Europe, and the Caucasus in Asia. As for the Azov sea, it is "European".
Is the advice useful?
Присоединяйтесь к нам
New advices