Cyprus is famous for its legends, epic stories and a very rich history. However, tourists from around the world attracts not only that, but the beauty of nature, beautiful Mediterranean, the beautiful sandy beaches, fine castles, and well-developed infrastructure of cities. But not all people know what is Cyprus where he is. 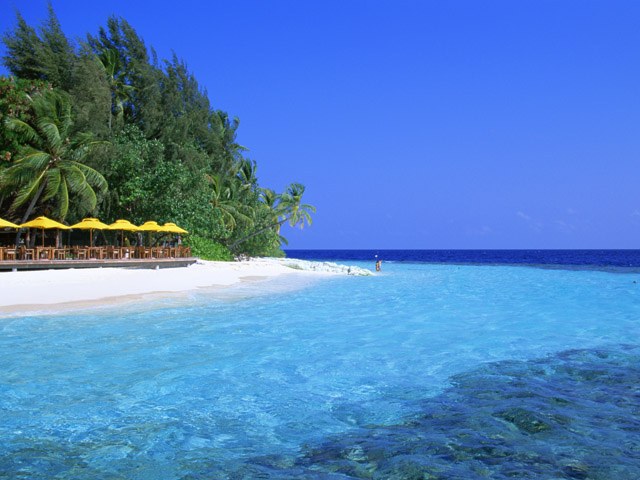 Related articles:
Cyprus is called the island, located in the North-Eastern part of the Mediterranean sea. Geographically it belongs to Asia. If you look on the map, its coordinates: 35 ° 10 ' North latitude and 33 degrees 21 minutes East longitude.

Cyprus is the third largest island in the Mediterranean sea, has an area of 9 thousand square kilometers and a length of 240 kilometers. Included Cyprus in the European Union and the Schengen area. Form of government – Republic.

How to get to the island of Cyprus

You can get there by plane or water transport. On the island there are two international airports in the cities of Paphos and Larnaca. There are two major sea ports of Larnaca and Limassol.

Ports not only provide a trading message, but also provide an additional influx of tourists due to the proximity of the continent are readily available from Cyprus cruises to Egypt, Turkey, Israel, on the Greek island of Rhodes.

Landscapes of the island of Cyprus

The landscape of this area flows smoothly from the sandy beaches to the rocky mountains. Mountain peaks of the island are very high, so winter in Cyprus can be great skiing. The highest point of the island is the famous mount Olympus, which has a height of 1952 meters above the sea level.

Miles of sandy beaches stretching around the coast. They are recognized as a totally environmentally friendly and its mild warm climate they can be enjoyed from early spring to late autumn.

Between the mountains and the sea coast is situated the fertile plains of the Mesaoria. So Cyprus is a real Paradise to live and relax at any time of the year.

In addition to a quiet and cozy towns with taverns, bars and restaurants with excellent cuisine, the island of Cyprus has to offer unusually beautiful architectural monuments, museums and more.

Speaking about the sights of Cyprus, not to mention the Cyprus archaeological Museum, the shipwreck Museum, the tomb of Hala Sultan, the ruins of the Bellapais Abbey, the remnants of a long vanished city of Salamis, the tomb of Lazarus, Byzantine Kolossi castle, a medieval tower, Othello and many others.

Cyprus is also known for its magnificent nature, unique animals and plants, the harmony with which houses and castles in this extraordinary place set in the natural landscape.
Is the advice useful?
See also
Присоединяйтесь к нам
New advices