What to see in Cyprus

Cyprus is an island with a rich history and a multitude of mixed nationalities and customs. People came to Cyprus, be sure to find something to watch, try, and will be able to enjoy your vacation in this Paradise. 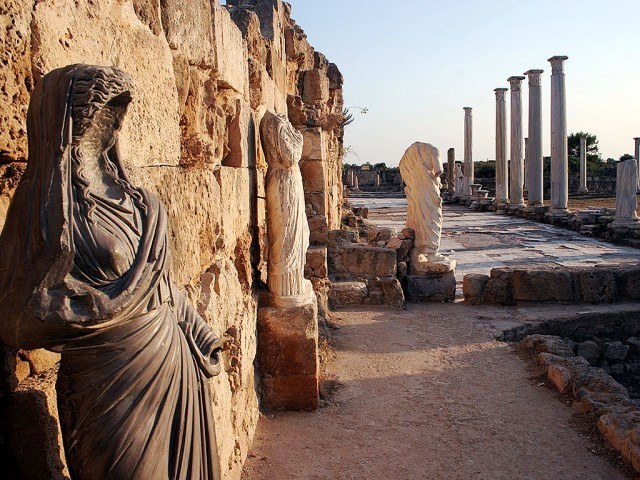 Related articles:
Instruction
1
Once in Cyprus, you can every day to pick up a list of sights to view. Start with the capital of the island. Nicosia is the capital and center of the Turkish Northern Cyprus. All the main attractions of Nicosia are concentrated in the Old Town, surrounded by walls with huge bastions. The uniqueness of these buildings that they were erected by the Venetians, because the Old City of Cyprus is of Italian architectural style. Be sure to visit the pedestrian quarter of the city Laiki Getonia where you can see the city in its original form. The capital of Cyprus hospitable, characterized by the presence of a large number of museums, exhibitions, cozy cafes and shops.
2
If you are interested in religion, you will like Orthodox churches and Islamic mosques of the island. In Larnaca you will see an interesting combination of traditions of different churches because there coexist the Hala Sultan Tekke and Ayios Lazarus. The mosque was erected in honor of challah Sultan, cousin of the prophet Muhammad and the Orthodox Church in honor of the healing of the righteous Lazarus by Christ.
3
The monastery of Saint Nicholas in Limassol is famous for its main attraction — cats, which is well taken care of. According to legend, the cats on the island brought Saint Helen with the aim to furry animals conquered the snake. Next to the monastery is located in Salt lake, where you will see beautiful flamingos.
4
In Cyprus you will find many historic buildings and monuments, such as the Gothic Bellapais Abbey, situated in the North of Cyprus on a hillside, or the Archbishop's Palace in Nicosia, which was the residence of the first President of the island. The Venetian walls, Famagusta gate, the archaeological area of Kato Paphos is the place to go back to who you want more than once.
5
History buffs and romantics will appreciate location on the way from Limassol to Paphos, where according to legend, was born the goddess Aphrodite. Aphrodite emerged from the sea foam that emerged from the coast of Cyprus so the inhabitants of the island often called her Venus. To this place, where is the stone in the heart, are sent annually hundreds of pilgrims, eager to find happiness in love.
6
Of course, the main attraction of the Sunny holiday island of Cyprus will become its endless beaches, motels, resorts and Inns. Be sure to bathe in the waters of the Mediterranean, soak up the bright and warm sun and stroll through the streets of the cities of Cyprus, in which a countless number of restaurants, cafes and souvenir shops.
Is the advice useful?
See also
Присоединяйтесь к нам
New advices