Why cow meat is called beef

Many are confused by the word "beef". Because pig meat is called pork, sheep - mutton and chicken – chicken. So why is cow meat called beef? The answer originates from the time of existence of Russia and is embodied in the etymological dictionaries. 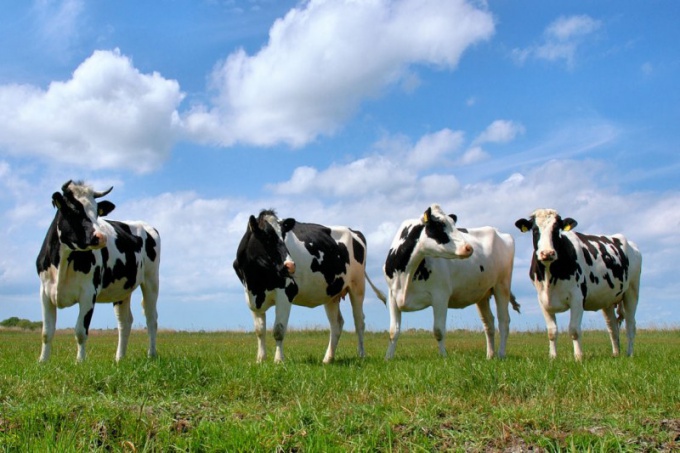 The etymological origin of the word "beef"

In turn, the word govedo, dates from the Indo-European root gou, so it is very much in tune with foreign words of the same value. These include:
- govs (in the Indo-European language);
- cow (in English);
- kov (in Armenian).

In addition to a detailed interpretation, the distance to the smallest detail described all parts of beef from head to rump.

All these words means "cow".

The explanatory dictionary Dahl, and also etymological dictionaries Semenov and Krylov interpret the word "govedo" the same - a bull, cow, cattle. However, Dahl makes the emphasis on the bull, stating that the adjective "bovine" means "taken from the bull". Thus, the word "beef" is more accurately translated as "meat taken from the bull".

It is known that in the old days, the word "beef" means meat of a bull as a cow, people used to get milk. Meat cows are generally not used in food, except for hard times during the famine.

However, the current economic situation does not allow to follow a similar food culture. The meat of cows, systematically used in the food, but it is - as before - the word "beef", although the latter would be more correct to call "bucatini". In Russia meat of bovine animals (bulls and cows) is not divided by gender, and has a common name - beef.

Cow or ox meat in Western Europe is considered a second-class product and is used infrequently.

Thus, the word may mask the real origin of this product. In turn, the term "veal" is called the young meat that is of higher quality. In Western cooking, the concept of "beef" is not used. For the preparation of meat dishes, including grilled steaks, there are using veal or the meat of the bull.

Depending on the age of the animal in cooking beef is classified as:
- veal – meat of young calves ( 2 weeks - 3 months);
- beef calves – 3 months - 3 years;
- beef – over 3 years.
Is the advice useful?
See also
Присоединяйтесь к нам
New advices