Why is the goat poop balls

In villages, many residents keep livestock. This allows you to always have your milk and meat. Many give birth to goats, which are much easier maintenance than larger animals. However, not everyone knows about their distinctive physiological characteristics. 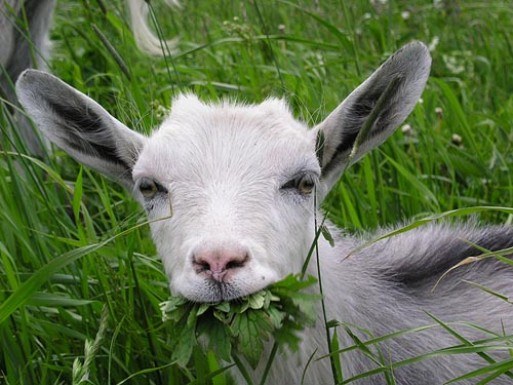 Related articles:
Urban man, who all his life spent in the city, and the vacation went either skiing or sunbathing on the beach or wandering the winding streets of ancient European cities, generally much surprised after arriving in the village. Especially amazed by what he saw children as very young and school age. A lot of emotion in them cause Pets and curious toddler can ask even the most unexpected questions about them.

Why is the goat poops peas?

Between the goats and cows there are some similarities. And they both spend the night in a barn or shed, and the day grazing in a meadow or in the woods. Each of them eats grass (in winter and spring it may be the hay) and drinking water. However, wastes of these animals that live in principle in the same conditions, look completely different. To determine that the field of grazing cows, because it abundantly "mined" the so-called cow patties (droppings of cows and bulls are in the form of a wide flat circle). The goat leaves behind a small dense balls without noticeable smell, typically having a diameter less than 2 see Why the excrement of these animals look different?

It's all in the body features of each of the Pets. For example, the digestive tract of the cow absorbs the moisture from food are not very active, and digest food in liquid consistency just flows through him. It is logical that the output is a puddle of faeces, which dries it becomes becomes the proverbial "cow patties". In dogs, for example, normally the moisture is absorbed more rapidly than cattle, so their feces have an elongated shape.

Finally, small livestock such as goats, absorbs moisture in the digestive tract almost completely. Drying up, digested food residues are divided into small fragments. They acquire a streamlined shape moving through the intestines. That is why after defecation goats is a bunch of pebbles similar to waste − in other words, "goat poop balls".

Why the need for the goat in the household?

First of all, the goat – completely unpretentious pet. It is much easier to keep on the farm than a cow, a goat and eats much less. Every day she gives off a liter or more of milk fat, which is considered curative. Shawls and socks from goat wool is very warm, light and soft. Goat is a very intelligent animal that many owners put on a stage of development cats and dogs.
Is the advice useful?
See also
Присоединяйтесь к нам
New advices