How to heal congestion in ears for colds

Colds and flu are often accompanied by stuffy ears. To get rid of this unpleasant symptom, we first need to understand its causes. 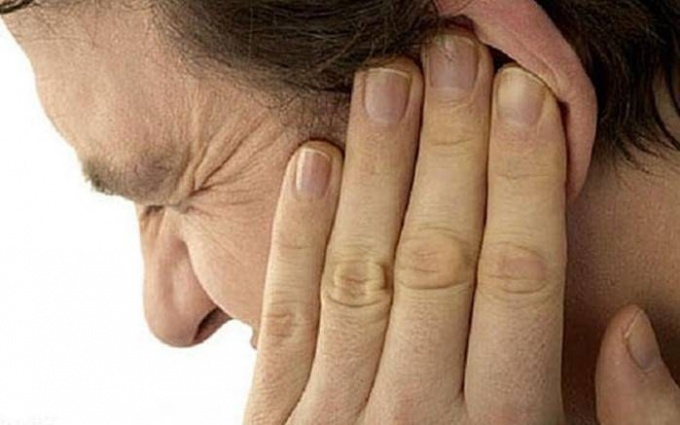 Why ears pop when cold

The natural auditory system of man consists of the outer, middle and inner ear, and secondary is separated from the outer eardrum. The Eustachian tube linking the throat and the middle ear canal, which equalized the pressure in the middle ear.

Not to catch a cold in the Russian winter is almost impossible, so a runny nose is a frequent trouble any citizen of our country in the cold season. In such situations, the Eustachian tube swells and narrows, which srednerosloe pressure gets "stuck" at one level and stops to adjust to external air pressure. The result is a feeling of stuffy ears.

How to cure laid in the cold ears

There are several methods of treatment laid down in the common cold ears:
- ear drops;
- compresses;
- vasoconstrictive drops in the nose;
- exercises to normalize blood pressure in the middle ear.

From ear drops to help treat blocked ears can drugs Sulfacetamide, Otium, Sofradeks or solution Rezortsina. They all have anti-inflammatory effects on the mucous membrane and kill pathogenic microbes.


We should not forget that the ears is only a syndrome, and priority should be given to treat the disease – influenza or a cold.

Vasoconstrictor nose drops – for example, Sanorin or Galazolin also help to get rid of the blockage of ears. However, we must remember that these drugs quickly desiccate the mucous membrane of the nose, so do not abuse them. Usually doctors recommend to use such drugs not more than seven days.

A good therapeutic effect at a congestion of the ears is usually given alcohol compresses. To do them is simple: water mixed with alcohol in equal parts, in this liquid is dipped a folded gauze and placed on the ear so that it does not penetrate into the very ear. Will further enhance the therapeutic effect of this simple procedure for a long period of applying a compress. For example, you can cover the gauze with plastic and leave on all night, bandaging his ear.

In what diseases may lay his ears

Because the common cold and the flu is not the only possible cause of blockage of ears, it is recommended that at the first feeling of laying refer to the otolaryngologist. The fact that this symptom is also typical for inflammation of the middle or inner ear, a deviated septum and if water or a foreign object in the ear canal.


Any medication against congestion of the ears may contain in its composition potent substances, therefore before their use it is strongly recommended to consult a doctor.

Such diseases and malfunction of the auditory organ require qualified medical assistance in most cases. Timely consultation with a doctor will help prevent possible hearing loss, which is treated usually with great difficulty. To bring back the former hearing acuity after such complications it is impossible.
Is the advice useful?
See also
Присоединяйтесь к нам
New advices