How to upgrade skills in Skyrim

The effectiveness of your character in the game Skyrim depends on his skill level. The higher the skill, the greater the likelihood that a committed player will be crowned with success. To pump the skills, you'll need a lot of time, effort and money, unless you use small tricks. 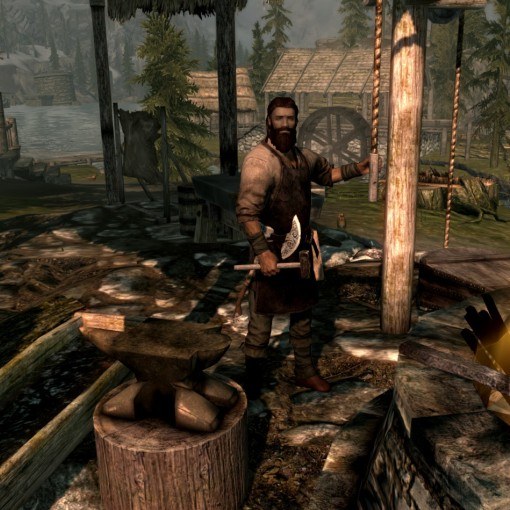 Related articles:
Instruction
1
To quickly upgrade the skill of Eloquence in Skyrim, after the start of the game as often as possible engage in dialogue with other characters. In conversation, try to select those replicas that are marked as a Conviction. With every successful use of your Persuasion skills will grow.
2
Another quick way to pump the skill, the Eloquence – send your hero to the location Riften. Then look for the Black rose tavern and talk to the owner – character Ungreened. In conversation ask him to tell you about Mawana Black rose, and when he refuses, use the replica of your character that are labeled as Belief. After that, your skill will increase Eloquence. Repeat this dialogue until, until you increase the skill of Eloquence to the desired value.
3
For leveling magic skills gain the following spells: Telekinesis, soul Catcher and muted steps. Go into the room with a bed and use the spell Telekinesis as long as your character never runs out of mana. Spend the night on the bed and again repeat the spell. Each time your skill will Change rapidly.
4
For pumping skill Witchcraft, kill any living creature and start to use a spell on him soul Catcher to increase this skill. For fast leveling skill Illusion, while driving constantly use the spell on itself, muting steps, the result of this will increase the corresponding skill.
5
To improve skills relating to weapons, take up the subject with the greatest damage. In the beginning of the game on quest For freedom run for his partner until until it stops. At this point, don't move on, and attack him. Your immortal companion would dutifully endure all the blows until you pumped the Weapon skill as you want.
6
To improve skills Wearing armor, stock up on healing potions and spells. Go to the forest and meet a weak enemy. Do not reply to his attack, only restore the health of your character when it reaches a critical level. With each attack of your opponent wearing the armor skill will increase.
7
To pump the skill Hacking and Theft, just unlock all the locks, which will be on the road and use the ability to Steal on the lonely figures in desolate alleys. The more locks you'll break and steal things, the faster will grow the skills of your character.
Is the advice useful?
Присоединяйтесь к нам
New advices