How to determine without a compass, where the East

Travelers often use the map and compass to determine the direction of further route. However, there are situations when the compass is missing. In these cases, it is possible to use alternative methods to help you determine the right direction of light, such as the East. 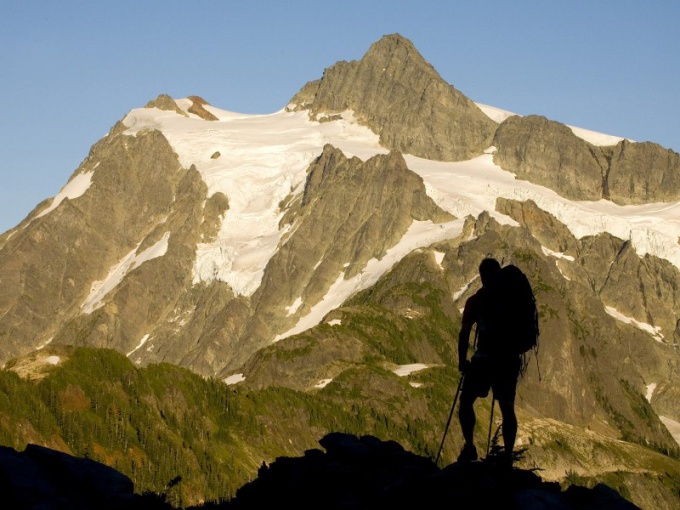 Related articles:
Instruction
1
To determine the light take your wrist watch and put them on a horizontal surface. If they show the summer time, put the clock back one hour. Turn the watch so that the hour hand points towards the sun. Imagine yourself another arrow pointing to 12. The line that bisects the angle formed by these two arrows points South. The opposite direction will be North, West — right, East — left.
2
In Sunny weather, set vertically on a flat, clean surface high stick. Make a mark on the edge of the shadow from the stick. Wait 20-30 minutes and again mark the edge of the shadow. From the first to the second label draw a straight line. This line will indicate the Eastern direction.
3
At night you can find a landmark on the stars. Put at eye level stick. Second, higher set a bit further so that their tips were in line with the bright star. Observe this star for one hour in 15-minute intervals. In her motion to determine the direction of light. If it moves up you're facing East, and if it is down to the West, right South, left North.
4
To determine the direction of light in the Northern hemisphere will help North star. She still and always points to true, not magnetic, North. Look in the sky a Small Bear. The last point in the handle of the bucket and will be the North star. Defining North direction, you will find and Eastern.
5
On a cloudy day as a reference, use the trees. This is not a firm rule, but generally the trunks of trees overgrown with moss on the North side, ants build anthills. Setting where the North and the South, define the East.
Note
Method of determining the cardinal points with the clock you can use in the southern hemisphere, but with some differences. Also imagine the arrow pointing at 12, and point it to the sun. The line that bisects the angle formed by the hour hand and points to the North. East is to the right.
Useful advice
If you don't have a wristwatch, draw them on the ground. Point to great circle line to the sun (hour hand) and the line to 12, starting from clockwise.
Is the advice useful?
See also
Присоединяйтесь к нам
New advices