How to define cardinal directions by the sun

Modern navigation devices allow you to accurately navigate the terrain. However, they have one significant drawback: they require energy sources. When you are required to look for other ways to determine its location is not so rare. One of the most common ways is the orientation of the sun. 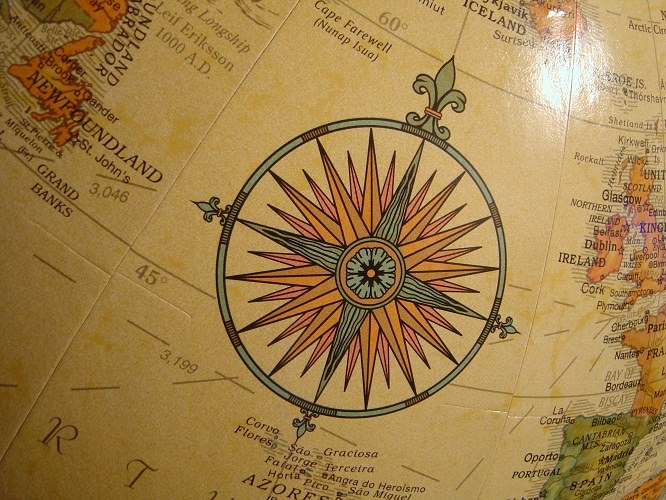 Related articles:
You will need
Instruction
1
Going camping, bring the usual clock arrow. Better if they are mechanical, because they do not depend on batteries. You can use Electromechanical in a waterproof case. Before you embark on a journey to change their battery. To verify the standard is necessary in any case.
2
Locate location of any perceptible object. It can be a train station, a large building, pond, etc., the Object must be marked on the map.
3
Position the dial so that the hour hand pointed to the sun. Being in a country where the common time more or less corresponds to the astronomical mentally continue the line from the center of the dial to the figure 12. If it happens in Russia, where the afternoon begins 2 hours later than it should be at a reasonable time, conduct a mental line in the direction of figure 2. It happened because long ago it was established daylight savings time when added to an astronomical hour. In addition, after the termination of the transfer time is left of summer, which added another hour.
4
The angle between the hour hand and the direction to the corresponding number, divide in half. This will be the direction South. Knowing your location relative to this part of the lights, define the other.
5
Become South face. Behind you, of course, would be the North. On the left is West and right is East. So side lights are located on a standard printed map.
6
Put a map of the area so defined by the clock direction to the South coincided with the appropriate direction on the map. Find the next point on your route. It must be as noticeable, and route to it route. On rough terrain they rarely get to from one point to another could be reached in a straight line. You will have to bypass some obstacles. That's why you need to control your position on every reference point.
7
Directions you can determine without mechanical watches. They are used only as a device for determining time. At noon on astronomical time, stand with your back to the sun. Your shadow will show you the North direction in the Northern hemisphere. In the South it's the opposite.
Note
Note that the Meridian line that divides the angle between the hour hand and the direction to 12 o'clock in half, may be on either side of 12 o'clock depending on the time of day.
Useful advice
The position of the cardinal points of the sun can be determined another time. At 6 a.m. on astronomical time, it is in the East, 9 in the South — East, 12 South, 15 in the South-West, and 18 in the West. The method of orientation by sun and hours are fairly accurate, but possibly combine it with others. If there are trees nearby, pay attention to which side they are covered with moss. This is the North side. The same resin from coniferous trees in hot weather more liberally on the South side. The South side is often an anthill.
Is the advice useful?
See also
Присоединяйтесь к нам
New advices