How to determine the baby's ears hurt

Small children painneck are subjected to inflammation of the ear due to the fact that the structure of the ear of the child differs from that of an adult. Ear disease with serious complications, so the need for timely diagnosis of this condition. 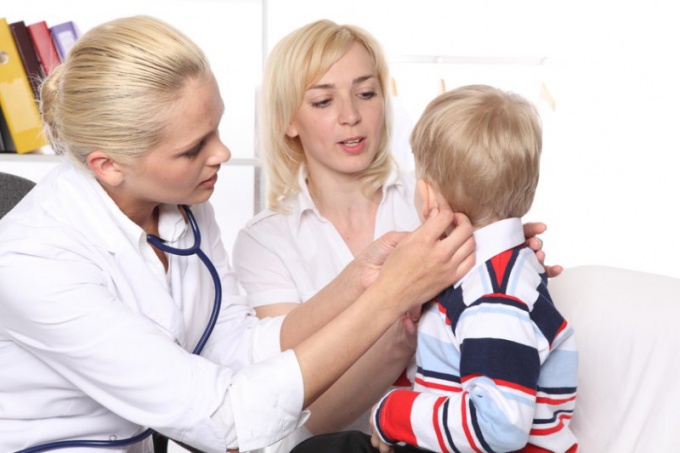 Related articles:
Instruction
1
Diseases of the ear are most often affected small children, because of imperfection of the structure of their hearing aid. Eustachian tube in children up to 3-4 years are short and wide, which contributes to the rapid penetration of fluids and bacteria into the middle ear and as a result, inflammation develops. Otitis media (ear infection) the child develops rapidly and if untreated, cause serious complications, until the hearing loss. You should alert the following symptoms.
2
Child cares in making food or just refuses it. The thing is that when the patient ear chewing movements cause strong pain, so do not feed the baby by force.
3
Watch out for a cold baby. If the child has had recent respiratory illness, he has otitis media can occur as a complication is rather easy. A single contact with mucus from the nasopharynx into the ear canal.
4
Watch the child. Sometimes the child pulls the affected ear, lies on affected side, the pain subsides. Ear pain causes a lot of discomfort to the child so he can be capricious, cry.
5
Measure the temperature of the child. For otitis it is often elevated, and may reach 39 degrees Celsius and above.
6
Click on the tragus of the ear of the child. If otitis media will scream and cry or very worried. The tragus is the protuberance of the ear, which opens the external auditory canal. So it is possible to determine which ear is the baby sick.
7
Call the doctor even if you suspect the ear pain. Early treatment will help avoid complications.
Note
Remember that when the ear cannot self-medicate, the child must see a doctor. If the eardrum is damaged, and that can happen on the first day of the disease, even the most harmless drops in the ear can lead to deterioration.

Especially be wary if there is purulent discharge from the ear. If they are present, it is strictly forbidden to put a compress on the ear and any warming procedure.
Useful advice
Otitis divided into diseases of the outer ear and the middle ear. Most often they develop after suffering respiratory diseases due to inflammation of the nasopharynx. If the child has a lowered immunity, the inflammation can become chronic, which is much harder to treat. Additionally, in young children, inflammation may develop as a result of contact with auditory tube milk or formula, which is also found often.
Is the advice useful?
See also
Подписывайтесь на наш канал