How to get to Nizhnekamsk

Nizhnekamsk is the third largest city of Tatarstan, one of Russia's largest centres of petrochemical industry. Nizhnekamsk is located in the bend of the Kama river, and is 35 kilometers from Naberezhnye Chelny and even has its own airport Begishevo. 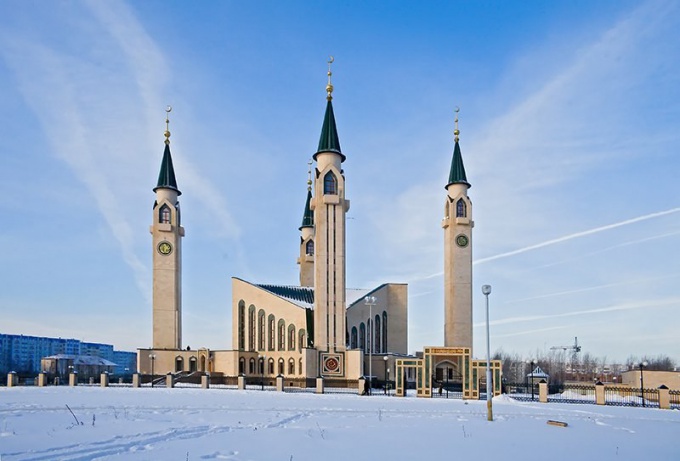 Related articles:
Instruction
1
The simplest, most convenient and shortest way from the capital of Russia to Nizhnekamsk is the airfare. Especially because flights to the locality abound. Every day from Domodedovo airport leaves from two to four flights "Moscow — Nizhnekamsk", performed by the airline "Tatarstan". Flight time is 1 hour and 40 minutes.

Also conducted daily from three to five flights "Moscow — Nizhnekamsk" the airline "Aeroflot". Ships depart from Sheremetyevo airport, time in flight - 1 hour 50 minutes to 2 hours and 10 minutes.
2
Connections to Nizhnekamsk, and on the long train. Every day in this direction runs at least eight trains. Unfortunately, connections to Nizhnekamsk by train directly. Have to go with the Kazan railway station by train "Moscow — Kazan" to Kazan, and then get to Nizhnekamsk by bus No. 24 from the stop "Railway station" to the stop "Bus station". The rail road will take about 13 hours and the bus at least five hours.

There is also a version according to which it is necessary to take the train Naberezhnye Chelny, and then from the stop "Central station" go to the stop "Bus station" Nizhnekamsk. In this case, the total journey time will be not less than 20 hours.
3
Bus service between Moscow and Nizhnekamsk there, so the roads can only be reached by your car. You need to go on the highway M7 "Volga" via Reutov, Elektrostal, Orekhovo-Zuyevo, Pokrov, Petushki and Lakinsk. Then you have the right to go around the city and on the highway M7 to take a course at Vyazniki. After Vyazniki and Gorokhovets will Volodarsk, then you need to follow through Nizhny Novgorod. After Nizhny Novgorod it is necessary to take right, drive through Kstovo, Lyskovo, Vorotynets, and then through Cheboksary. Then take another right, on the same highway M7 to reach Kazan and, not entering the center of the city, skirted it on the left side. Will be driven on the highway M7 only Chistopol, and then will Nizhnekamsk. The trip will take about 19 hours.
Is the advice useful?
See also
Подписывайтесь на наш канал