How to find focus parabola

In algebra, parabola — first graph square trinomial. However, there is a geometric definition of a parabola as the set of all points whose distance from a given point (the focus of the parabola) is equal to the distance to a given line (the directrix of the parabola). If the parabola given by the equation, you should be able to calculate the coordinates of its focus. 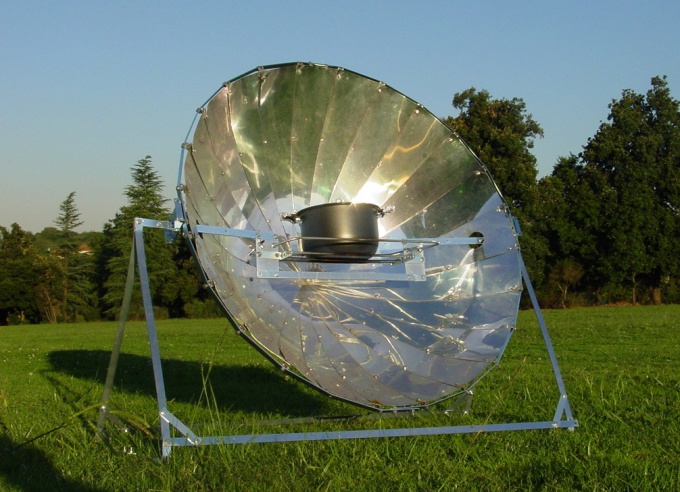 Related articles:
Instruction
1
Going from the reverse, suppose that the parabola is defined geometrically, that is known for its focus and directrix. For ease of calculation, select a coordinate system so that the directrix parallel to the y-axis, the focus lay on the x-axis and the y-axis was held exactly midway between the focus and directrix. Then the vertex of the parabola coincides with the origin.In other words, if the distance between the focus and directrix be denoted p, then the coordinates of the focus are equal to (p/2, 0) and the equation of directrix is x = -p/2.
2
The distance from any point (x, y) to the point of focus will be the same, according to the formula the distance between points √(x - p/2)^2 + y^2). Distance from the same point to the directrix, respectively, will be equal to x + p/2.
3
Equating to each other, these two distances, you get the equation: √(x - p/2)^2 + y^2) = x + p/2.Squaring both sides of equation in the square and removing the parentheses and you get: x^2 - px + (p^2)/4 + y^2 = x^2 + px + (p^2)/4.Simplifying the expression, you come to the final formulation of the equation of a parabola: y^2 = 2px.
4
This shows that if the equation of a parabola can lead to the form y^2 = kx, then the coordinates of the focus are equal to (k/4, 0). Changing variables sometimes, you will come to the algebraic equation of the parabola y = (1/k)*x^2. The coordinates of the focus of this parabola is (0, k/4).
5
Parabola, which is a graph of square of trinomial, usually defined by the equation y = Ax^2 + Bx + C, where A, B, and C are constants. The axis of such parabola parallel to the y-axis.The derivative of a quadratic function given by the trinomial Ax^2 + Bx + C, is equal to 2Ax + B. It becomes zero when x = -B/2A. Thus, the coordinates of the vertex of the parabola is (-B/2A, - B^2/(4A) + C).
6
Such a parabola is completely equivalent to the paraboladefined by the equation y = Ax^2 shifted to the left by the parallel transport of on -B/2A for the x-axis and on -B^2/(4A) + C on the y-axis. It is easy to verify by a change of coordinates. Therefore, if the vertex of a parabola, given the quadratic function is located at point (x, y), the focus of this parabola is at point (x, y + 1/(4A).
7
Substituting into the formula computed in the previous step, the coordinate values of the vertices of parabolas and simplifying expressions, you finally get:x = - B/2A,
y = - (B^2 - 1)/4A + C.
Is the advice useful?
See also
Присоединяйтесь к нам
New advices