How to remove eight on the wheel

About the emergence of the so-called "eights" wheels Bicycle probably heard many. But only very experienced cyclists know how, from eight, you can easily and safely get rid of. For everyone else it is cause for some time to say goodbye to his two-wheeled friend, let it in repair. Although to eliminate this type of fault is quite simple. 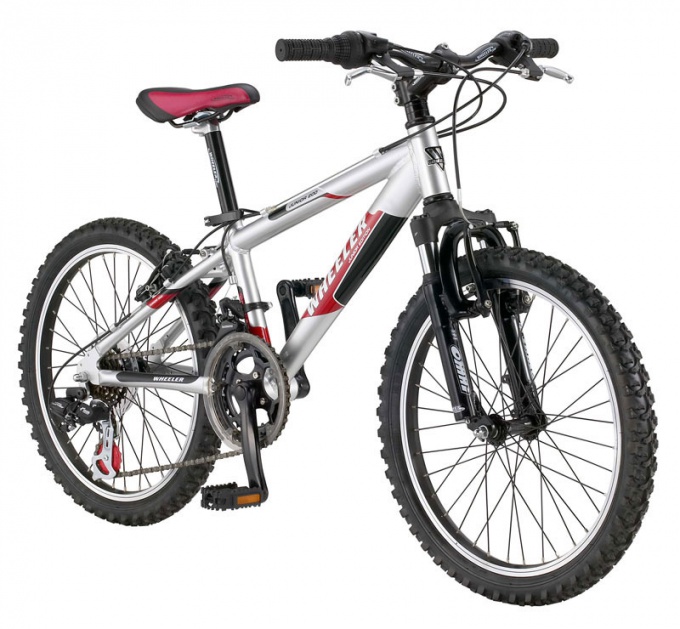 Related articles:
You will need
Instruction
1
Correct eight on the wheel, alternately tightening the spokes. To do this, put the bike on the ground or floor and start to slowly rotate the wheel. While carefully watching which way when you turn it is. According to their observations, and tighten the spokes either to the left or to the right. Use to repair a special key for tightening spokes, which either goes along with the bike in the kit, or sold in special stores.
2
Another scheme of repair is similar. Also put the bike and slowly rotate the wheel. Down the rim to where it clings to brake pads, slowly and carefully, bent side. Mark this position with a marker. Then look at the model of the bike. In some, if the damage is on the right side, the spokes need not pull, but rather to relax, and on the left just pull. In other models the opposite. Do not forget to count the number of turns that you make when tightening or loosening the spokes. It will be the key to uniform straightening. A better way to do parts - first, to tighten/loosen a little, then see. Then if you want to continue.
3
Consider some of the nuances that make the bike repair, in accordance with the basic principles. For example, some producers may rasclaat nipples on the spokes to those spun while riding. However, they are often bent part of the spokes. In this case, the torsion (pulling) spokes can only lead to additional problems, such as the ripping thread. Another difficulty may be due to the material from which made the rim. If he duralumin, straightening it eight - a rather difficult task. First you have to loosen almost all the spokes and only after that to remedy the defect. And then center the wheel by tensioning the spokes back.
4
If despite all your efforts, the eight is not eliminated, but rather is moved, your best bet is to take your bike to the workshop. The cost of service to eliminate such a malfunction is in the range of 200-300 rubles. But you are guaranteed to return the bike smooth the wheels with no signs of even a slight deformation.
Is the advice useful?
See also
Подписывайтесь на наш канал