How to encrypt numbers

Mankind used the codes since time immemorial. From the primitive "gibberish" is conditional language stray traders, to modern cryptographic systems: the art of encryption have come a long way and has changed beyond recognition. However, the encryption numbers — a very special case, and there are many simple methods designed specifically for this purpose. 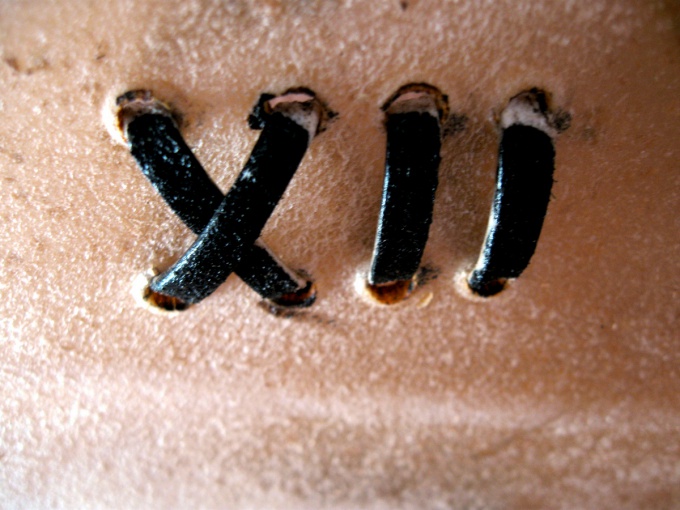 Related articles:
Instruction
1
The easiest way to encrypt the number in the note — are the old and little known system of writing. Even Roman numerals are not always easy to read, especially at first glance, and without reference. Few people can "summer" to determine what is in a long line MMMCDLXXXIX hidden number 3489.
2
With the Roman number system is familiar to many, so it is not a robust encryption. It is much better to use, for example, the Greek system, where numbers are also identified by letters, but letters are used much more. In the caption OMG, that is easy to take for common on the Internet expression of emotions can be hidden written in Greek the number 443. The letter "O micron" represents the number 400, the letter "Mu" is denoted by 40, well, "Gamma" replaces the three.
3
A disadvantage of such alphabetic systems in that they often require exotic symbols and characters. It is not difficult, if your cipher is recorded by a pen on paper, but becomes a problem if you want to send it by e-mail. Computer fonts include Greek characters, but they may be harder to recruit. But if you choose something more unusual like old Cyrillic, numeric, or the Egyptian hieroglyphs, the computer just won't able to transfer them.
4
For such cases we can recommend a simple way in Russia in the old days was used by all those itinerant traders — pedlars and ofen. To trade successfully it was vital to coordinate prices, but knew nobody else. So the peddlers and have developed many ingenious methods of encryption.

With the numbers they are treated in the following way. First, you need to take the floor in which there are ten different letters, for example "justice". Then the letters are numbered from one to zero. "P" becomes the symbol for the unit "in" — for four, and so on. Then any number you can write letters instead of numbers in the usual decimal system. For example, the year 2011 is recorded in the system ofen as "reap". Try to figure out what number is hidden in the line "and,pitois".
5
"Justice" — not a single word of the Russian language, suitable for this method. "Hard work" would do no worse: there are also ten non-repeating letters. You can do your own research other possible bases.
Is the advice useful?
See also
Присоединяйтесь к нам
New advices