How to shorten a zipper

The choice of lightning in a haberdashery stores is large enough. However, we often face a situation when the zipper is not the right color the right size and Vice versa. In this case, it is necessary to proceed from considerations that the size can be changed. If it is less than you need, can be shortened and the zipper, sewing up her bottom. A long zipper can be shortened in several ways. 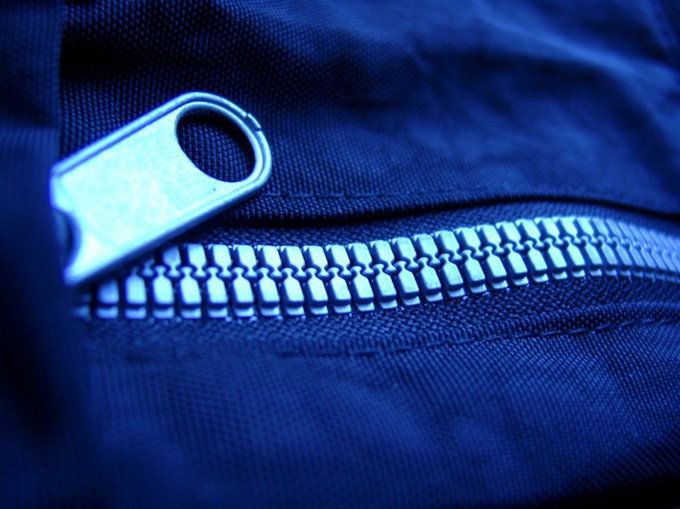 Related articles:
You will need
Instruction
1
Regardless, you have a plastic zipper or metal, accurately measure the length of your clasp. Long zipper easier to measure with measuring tape, short ruler, but in any event must be one or the other. From the lower end of the zipper put the resulting cut on the edge of one and the other braid. Mark the point sharpened chalk.
2
The metal zipper very carefully pull the top clips. This can be done using a small wire cutter or nail clipper. Remove the clips and put them in some little box so nothing gets lost.
3
The same tongs to remove the extra teeth. Remove the cloves from both sides, that the latter were at 5 mm below the labels. Put on the clamps, limiters and firmly squeeze them with pliers.
4
The plastic zipper stops clear exactly the same as that of the metal. With limiters you can do differently. If the prongs are large enough, remove the extra and put back the clips. On thin zipper not to wear. Instead, make each side a few stitches through the edge thread of the right color. Tack should be three-dimensional. The thread for it take stronger.
5
You can shorten the zipper and bottom. Vsheyte it from the top of the braid. Cut off the excess. But sewn zipper, you now have 2 pieces of tape. One of them cut the teeth. Fold the braid in half along the length and zautyuzhte fold. Put the strips inside cut edge of the zipper and astrocyte. Near the strip, make the metal tack. You can take the one that has remained on the severed pieces of zipper. Secure the edge of the can and a few stitches, made of durable thread.
Useful advice
Very thin plastic zipper instead of the cloves is a spiral. Cut off the ends of the ribbon to the desired length. Leave allowances 2 cm Grab them in the seam together with the edges of the spiral.
Is the advice useful?
See also
Присоединяйтесь к нам
New advices