This game is known to many from childhood. Officially its rules are never spelled out, so they create themselves playing. Of course, pionerbol has a number of mandatory units, and the refined nuances of the players in the process. 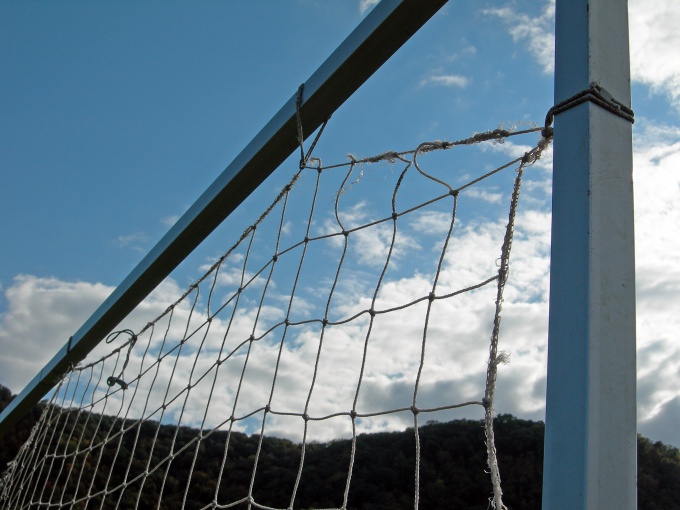 Related articles:
Instruction
1
In pionerbol playing outside in the yard. In this game with pleasure to take part and adults and primary school pupils. Everything you need for a game mesh, volley ball and two teams of 3 to 8 people each. Rules pionerboland are very similar to volleyball, but the main difference is that the ball does not need to recapture, to catch.
2
Team be on both sides of the stretched mesh. The game begins with a serve, which takes place on the sidelines. The ball to throw across the net to the opponents. His catch and throw back, preferably in a poorly protected place. Players can "insure" each other and closer to the grid, but with the ball in his hands cannot make more than three steps. Otherwise, the account will change to one point in favor of the opponent team.
3
Pass the ball to another player on the team only once. Two or more touches of the ball be adjusted as the point. Rally continues as long as he doesn't touch the ground. The team where the ball touched the ground gets a point. If he flew over the line of the field the enemy, and touch was not, then the point is counted against the team which made the submission. If the touch happened, the one that the player touched the ball. If the ball flies over the line of the field from his players, the team counted against the point. The game continues until 25 points, then the teams switch places. In case of 1:1 after the two parties should be the decisive third.
4
Before you basic rules of the game, though its options can be mass. For example, pionerbol with two balls. The number of players can be more than in a normal game. Both goals are moved from one field to another, but so that one of them at the same time two goals. For it is counted against the point. Otherwise play continues until, until the ball touches the ground or not broken other commitments traditional pionerbol.
Is the advice useful?
See also
Присоединяйтесь к нам
New advices