What card game played Herman , the hero of "Queen of spades"

A. S. Pushkin wrote "Queen of spades" in 1833. In this mystical story by Pushkin tells of the existence of unknown forces that can paralyze the human soul. The author warns of the danger that lies in wait for man, subjecting himself to the temptation of playing cards. Probably every reader ask yourself the question: what card game played Herman, what's the point lies in three cards. Three, seven, ACE... 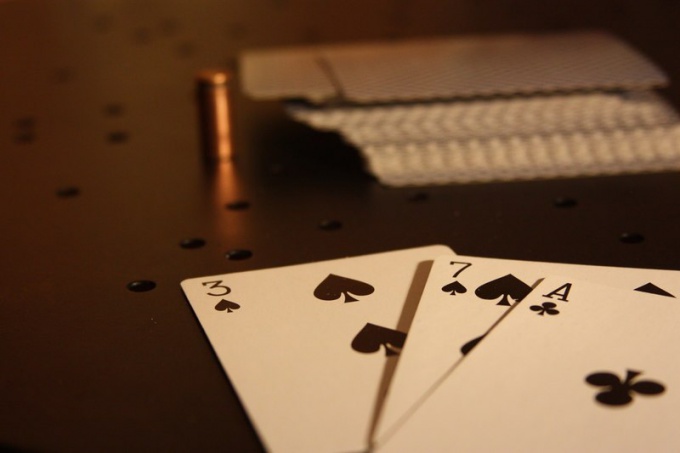 The Stoss or Pharaoh


"Pharaoh" is the oldest card game that was known in Europe in the XVI century. In Russia, the game was widely spread in the XVIII. The notes of Catherine the great mention about this game.

In the early nineteenth century "the Pharaoh" was supplanted by the more popular version of "Stoss". It is known that Pushkin was a big fan of this card game.

"Pharaoh" refers to the category of Bank games. Winning here is completely depends on the case, the art of the player here is irrelevant.


The rules of the game in the Pharaoh


In the game participated by two players. One of the players – the "banker" the first declared rate. The second player is a "punter" has declared, what amount of money he plays. The "banker" could play "mirandol" (not to increase the initial bet) or "to put on Rute" (increase the bet). The rate, which had doubled, was called "passwords", increased fourfold – passwords-de".

After all bets have been made, "punter" call map on which he bet. The "banker" started "throwing the Bank": laying out the deck left and right. If the card went right from "the banker", the Bank took it when you left "punter".

The game was played with two decks of cards for 52 cards from 2 to ACE. The game continued until, until the Bank was not playing "banker" or "punter" continued to bet.

In the story "Queen of spades", to avoid cheating, the game was played with new cards – "each opened a pack of cards". When the game was played between strangers, the rules are slightly changed. In the story, Herman called his maps, just chose it from the deck and laid them on the table face down. Chekalinsky didn't know which card puts the "punter".

The "banker" began to lay out the deck, and when the card is selected by a "punter" came out, he opened his own.

According to the memoirs of Pushkin's contemporaries, is the main story the Queen of spades" is not completely fictional. Alexander told me that S. G. Golitsyn, one day after losing to the nines, came to the grandmother to ask for money on the game. The money he received, instead, the old woman gave him three cards. Grandson put on these cards and is fully recouped.

In Pushkin's story the accident happened in the game when Herman made a mistake, and instead of the ACE pulled out of the deck Queen of Spades.

Of all the prose works of Pushkin is "the Queen of spades" had the greatest success with the readers.
Is the advice useful?
Подписывайтесь на наш канал