How to determine who will be like a child

Once the child is born the parents are trying to find in it similarities with him. Psychologists argue that similarity affects the occurrence of that very special feeling of intimacy, kinship and family. 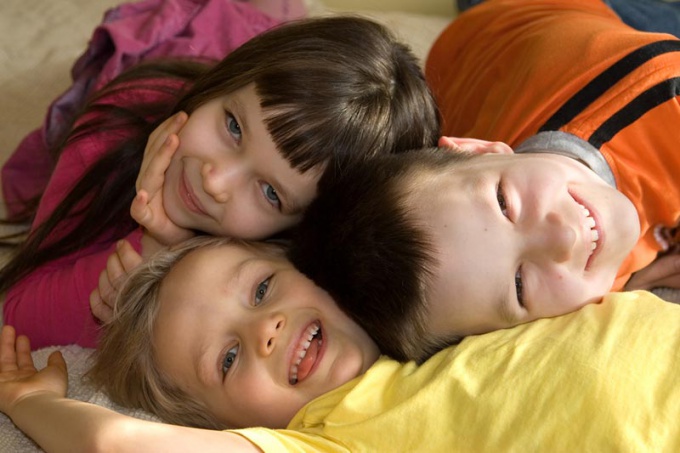 Related articles:
Instruction
1
Parents always easier to identify a resemblance, but more often different external characteristics mixed in a most peculiar way. There are certain laws: for example, the gene that is responsible for the dark color of the eye is strong or dominant, and, as a rule, if one of the parents has light eyes and the other dark is likely to win strong gene and the baby will be dark-eyed. But to prophesy about it with certainty is not necessary, because sometimes it happens that blue-eyed parents give birth to children with dark color eyes. So, things are more complicated, and it all rests on the notorious wrestling "strong" and "weak" genes. Or consider the question about hair color. If one of their parents "strong" gene of dark hair and the other had a "weak" gene bright, the childwill likely be born with dark hair. But his own children can have bright, so managed to get both of the gene as "weak" and "strong." And the resulting "weak" genes may interact with the same genes of the partner.
2
Genetic studies show that inherited moves and the facial expressions of the parents. Your toddler can the same way you pucker when you taste something sour, so as to stick out his lower lip when he hurt, so did her mouth half open in surprise. This is not always due to the fact that children simply adopt mimicry, copying the facial expressions of their parents. It turns out that even children blind from birth, who have no idea how to look mom and dad, inherit their facial expressions.
3
No doubt the fact that the nature of the child is determined by heredity. This is proved by observing twins who are brought up by different people in completely identical conditions. With all this, these children possess very similar characters. According to some intelligence is inherited with a probability of 60%. But, of course, the character of the child is not only pure genetics, but not less important education. Because the inherent nature of the characteristics and talents need ongoing support and development, otherwise they will remain at a rudimentary level. As an example, consider the musical talent. People that can boast of a musical ear, four times more often are born musically gifted children. But how many of them start to seriously pursue music at an early age? Genetics scientists also note that foster children always adopt many of the traits of their adoptive mothers and fathers.
Note
In modern science there is such a thing as genetic examination. This procedure can with high probability predict or disprove problems that may arise in the unborn child. Examination conducted before pregnancy and during. Original knowledge about possible ailments the child is quite able to save him.
Is the advice useful?
See also
Подписывайтесь на наш канал