How to reboot PC

The expression "Computer crashed" is very popular among users. It means that the operating system encountered any problems caused by such phenomena as the internal memory is full, hard or local disk, an incorrect sequence of commands input is the keyboard shortcuts, program files infected by a dangerous virus. In such a situation, you will need to follow a few simple steps on how to reboot your PC. 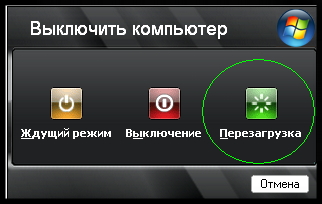 Related articles:
You will need
Instruction
1
In order to restart the computer from the desktop, go to "start". It is located in the bottom left of the screen. Next will be the official list of teams where you have to click "Off". This will open a new small window that has three buttons: "Standby", "Shutdown" and "Restart". Click the last right button "Reset". It is decorated in bright green color with the image inside the symbol resembling a round dial mechanical watch. After clicking the button, the computer will reboot. It takes less than one minute.
2
There is another way on how to reboot your PC. The "Reset" button located on the front panel of the system unit of the computer, next to the button "on/Off" ("Power"). Most often the reset button is located directly under the "Power" button and is half the size, and also emblem in the shape of an equilateral triangle. Push this button to restart the operating system. In about a minute your computer will boot again and the desktop appears. Bugs and crashes, most often, will be eliminated. Then you can proceed.
3
The third method is to restart the computer, but not the latter, is a reboot from the keyboard. Simultaneously press the following key combination – Ctrl+Alt+Delete". Then click again the "Alt" button and release it. Next, using the arrow keys, move the headers of the commands "File", "Settings", "View", "Window" to "shutdown". Then, similarly to the first option, then restart the computer. In some cases, you must restart the computer by using command prompt. This method is best suited for competent programmers, not for users-fans.
Is the advice useful?
See also
Подписывайтесь на наш канал