How to fix the travel system 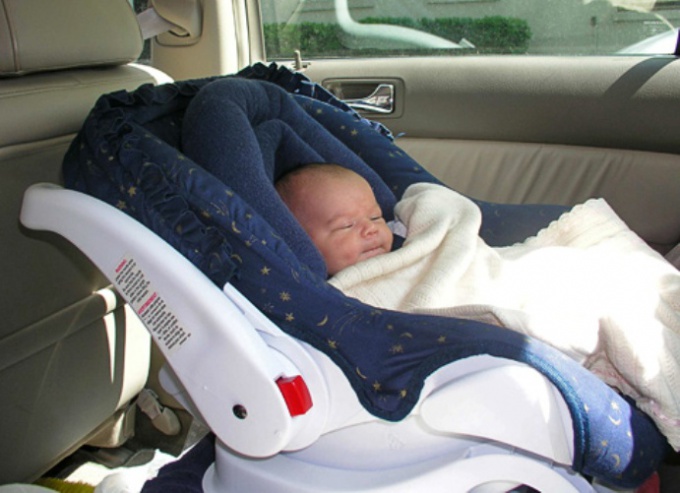 Related articles:
You will need
Instruction
1
The travel system group 0 is only installed in the rear seat. Strap adapter attaches to standard car seat belts. It is very important to install the car bed with the headboard away from the door of the car, to reduce the risk of injury to the baby during a side collision.
2
Car seat carrier group 0+ can be fitted on both rear and front seat, but always against the motion of the car. In a frontal collision this setup ensures the safety of your baby. It is advisable to install the car seat in the front seat, if the driver alone carries the child. In this case, the attention of the driver is less distracted and the safety becomes higher. Car seat this group is attached in the cabin with seat belts or using the Isofix system. You can also apply a special base-stand.
3
If during installation of car seats is not enough length of the regular car seat belts, you should contact the service center to replace the belts for longer. To avoid such troubles, the purchaser should check the installation of the seat in the car. It is necessary to understand the scheme of fixing car seat belts. Such a scheme must be applied to a car seat in a readable place. Should also be designated transmission belts. For armchair-oriented against the direction of movement of the color blue.
4
Specialized base stand facilitates installation and removal of car seats. This device is fixed and is constantly in a salon. Car seat when installed just primacialne to the database without the use of straps. If you need to install the car seat in the other car, it can be fixed is standard – straps. Such a base-stand can be sold complete with travel system or separately. Inside the machine, it is secured by belts or the Isofix latches.
5
When using the Isofix system the seat belts are not used. Indicators proper installation can help prevent mistakes when installing car seats (when properly installed will turn green, incorrect in red). The process of installation of car seats is simple: it is fixed at two points to the vehicle body by means of special brackets, which are located between the seat cushion and rear seatback. For greater reliability lower stop is provided in the floor of the salon or the upper anchor strap attached to the back of the rear seat. The procedure for the use of these devices is described in the instruction manual for car seat and car.
6
When using the universal car seat group 0+/1 used installation methods depending on the weight and age of the child. If the baby weighs up to 13 kg chair set against the motion. When the child reaches 1 year and the weight 13 kg, the seat must move in the direction of motion. The chair of this group can be fixed as seat belts and Isofix system. In addition, the car seat must be labeled with two colors: blue for installation against the direction of the movement, red for installation in the direction of motion.
Note
Before each trip it is necessary to check the degree of belt tensioning and securing the car seats.
Useful advice
1. The Isofix mounting system is not installed in every model of cars. The list of cars with Isofix mounting system must be attached to the car seat. The presence of Isofix in a specific car is specified in the manual of this car.
2. Often travel system is installed on the right or left half of the rear seat. This is due to the location of the seat belts. However, research has revealed that the safest seat is the middle of the back of the sofa. Therefore, in the presence of a full seat belt for a third rear passenger, the car bed must be fixed in the centre of the rear seat.
Is the advice useful?
See also
Присоединяйтесь к нам
New advices