How to do tricks in football

What is the trick? This is a series of deceptive movements of the body and, of course, feet. These movements use the players with the ball to outwit the player of the opposing team. Feints can be done in different ways, it all depends on your imagination. Here are some examples: 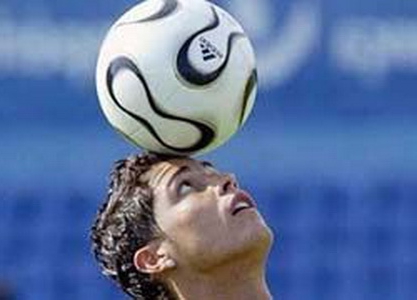 Related articles:
Instruction
1
The player leads the ball. When the opponent is about to attack to gain possession of the ball, leading the ball, the player first tilts his body to the side and swings to the same side leg to the attacker the impression that he will leave it there. And as soon as the second "bite" on these deceptive motion, only the first remains to go the other way with the ball. This must be done quickly so as not to give any chance to his opponent to take the ball away.
2
Another trick – the striker receives the ball, stopping it with the sole of the foot. Near it stands the defender of the rival team and is going to run the ball. When both players are close, with the ball makes a head fake to the left, and really, he only carries his foot over the ball. If the defender will make the attack in the direction about the swing, the attacker appears a bit of time to jerk forward and past the opponent.
3
All the tricks are endless. Some stars of world football is brought to automatism favorite moves, perfecting them and making his "calling card". Here, for example, the Brazilian Garrincha bend the torso to the left and pretended that it intends to go to the gate diagonally. Instead, he quickly broke on the edge and left the opponents behind, when he tried the ball away. And Mikhail Meskhi, who played in Tbilisi "Dinamo", ran past the ball and then touch it with his foot behind the ball. After that, he pushed the ball past were ahead his feet and the defender, leaving him confused.
Is the advice useful?
See also
Присоединяйтесь к нам
New advices