How to build a lightsaber

It is clear that to make a real light sword, which can be used as weapons, at home impossible. But to make a toy simulating such a sword of its kind, is a snap. Children and some adults can use such a swordas props for games and pageants. 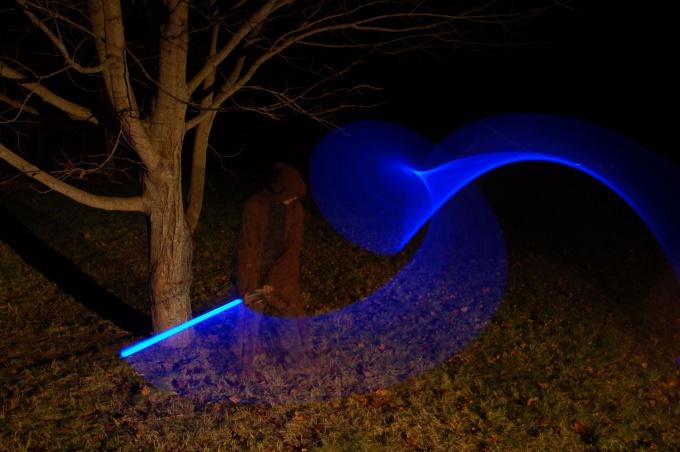 Related articles:
You will need
Instruction
1
In hard plastic box drill two holes for toggle switch and rod, simulating the blade of the sword. The diameters of these holes depend on the landing sizes of the respective parts. The hole for the rod it is best to drill at the end of the canister, to switch - on the side wall.
2
Secure the switch in its intended hole. To do this, use the attached nuts and washers.
3
Insert the rod for the glue gun to the hole so that most of it was on the outside, but at the same time, the part that is inside the pencil case, had sufficient length for a secure fixing. In itself the glue gun, insert another rod, which will be a consumable item. Using his rigidly secure the rod, simulating the blade of the sword.
4
Glue the battery compartment in the free space case.
5
Connect successively the battery compartment, switch, resistor and led. When you connect the led the correct polarity. Inserting the batteries into the battery compartment and turn on the switch, verify that the led glows.
6
Unplug the led, because the next stage, you will have to close his insights with tweezers. Taking the led with tweezers for the insights, keep it as a lens to the end of the rod, imitating a swordthat is inside the pencil case. Quickly, so the led didn't go bad from heating, secure it using a glue gun.
7
When the glue has cooled, turn the power on again to make sure that the led is not deteriorated from the heat.
8
Close the pencil case. The toy is ready to use. During breaks in the game turn it off so that the energy of batteries is wasted.
9
Make some more similar light swordher for the rest of the play or pageant in the required quantities.
Note
Be careful when handling power tools.

Swinging a toy light saber, be careful not to hit anyone in the eye.
Is the advice useful?
See also
Присоединяйтесь к нам
New advices