How to make a Hidden blade Altair

In the game "Credo assassin" that the hidden blade is the most commonly used weapons. This blade allows the Altair to quickly deal with enemies and quietly escape the scene of the massacre. To attack with these weapons from everywhere. To make such a blade can be in reality. 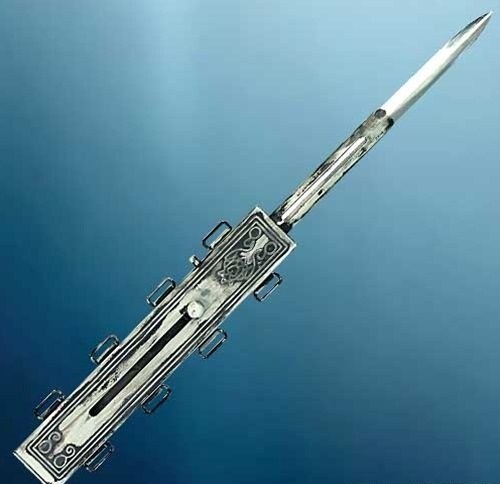 Related articles:
You will need
Instruction
1
Scissors, metal cut off valve at the end of the ball guide. You can take the ball guides, which consist of just two parts, but much easier to use on ball bearings, with three carriages.
2
Grinder cutting knife blade. To cut you need with the stock, because the blade will go to the mount.
3
Insert the blade in the last, the smallest of the carriage rails. Secure the blade with glue. Then for reliability, secure the blade screws. He in any case should not fly and injure you or others.
4
Cut-out bottle topper, which is a mechanism for the weapon mount on your arm. In order to give the mechanism an aesthetic appearance and a certain solidity, print out on a sheet of office paper, any symbol emblem.
5
Clip on ball bearings, with a blade on the cylinder with duct tape. Attach a sheet with the logo on the bottle. Practice "throwing" a blade in his hand and then hide it back.
Note
Such weapons could pose a real threat to others. If you're a fan of the game and want to get character costume in real life, remember to treat them very carefully. It is not necessary to walk around in this "battle dress" in the city. You may be misunderstood by law enforcement authorities, unfamiliar with games in General and "assassin's Creed" in particular.
Useful advice
This blade will be thrown forward at the wave of a hand. If you want to make it automatic, you can add to this design a rubber band and ring. Thanks to the band chariot will be pulled back automatically. Ring worn on the middle finger and easily perturbing them can bring a weapon into action.
Is the advice useful?
See also
Подписывайтесь на наш канал