How to stop the bleeding in the wound in the vein

Dark red blood profusely flowing from deep wounds, an indication of damage to veins. It is important to be able to render first aid to the victim, otherwise a large blood loss could cost him his life. 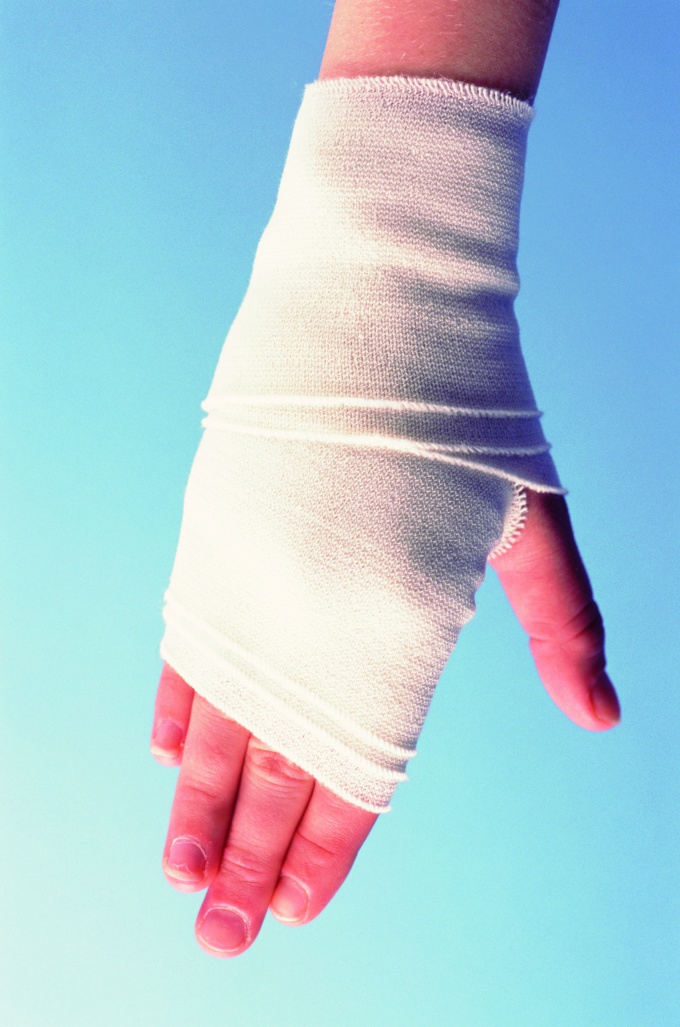 Related articles:
Instruction
1
Put the bleeding man on a flat surface. If a limb is bleeding, it is necessary to lift so that it is above heart level. The amount of bleeding will decrease as the pressure of the blood in the damaged vessel will be reduced.
2
Prepare dressings for bandaging. Better if it will be sterile cotton wool, gauze and bandages, but if you can not get them, you can use a clean nose with a handkerchief. It is important that compressive bandage was applied as quickly as possible, since a large hemorrhage from venous bleeding, the victim may lose consciousness, and in severe cases even die. In addition, you can earn air embolism if a heart hits an air bubble penetrating through the damaged vessel. This condition is also deadly.
3
Bleeding bandage place as tight as you can. This will help to narrow the lumen of the affected vein, resulting in bleeding must stop. If the dressing continues to ooze blood, then bandage fixed wrench. Can be applied to the wound an extra layer of gauze and bandage it with great effort.
4
If the victim received a wound in the vein in an open area where there is no opportunity to get supplies, hold the injury with your fingers. Though it is a temporary measure, but it will help to hold the victim as long as he won't be given a full medical help. If the damaged vein in the neck, the imposition of tight bandages is impossible for obvious reasons, so to stop the bleeding will only be possible in this way.
5
Immediately call for medical help. Patient, whose severed vein, needs further observation. Treatment of the wound specialists will help prevent infection and other complications.
Is the advice useful?
See also
Подписывайтесь на наш канал