How to fillet walleye

Pike – a predatory fish that is found in large rivers. The main advantage of this fish is white, delicate meat diet without a single drop of fat. In Sudak few bones. The fish there is one small drawback – the smell of slime, which can be avoided by choosing young fish. Zander has a bland meat, so it is desirable to prepare products that have a strong taste. The fish you can fry, boil and simmer. But perch needs to be cleaned. 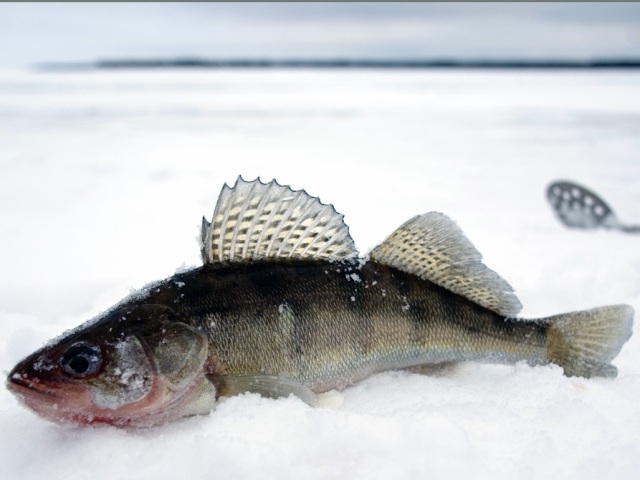 Related articles:
You will need
Instruction
1
Take a sharp knife and cut off from perch all fins except the caudal. Dip the fish for a few minutes in a bowl of cold water.
2
Take a pocket knife and make a few oblique grooves against the scales, they will make cleaning easier. To the fish during the cleaning was comfortable to hold, insert in her mouth the pencil.
3
Down for a couple of seconds of walleye in boiling water, so the scales are almost all slides with fish. Remains of scales needed to scrape with a knife, holding it a little obliquely, but not along the carcass.
4
Take a perch and using a sharp knife vsporite belly, moving from the head to the anus. This should be done quite carefully to avoid damage during evisceration gall bladder.
5
Remove the innards together with the gall bladder, cut off the head.If the fish needed for baking, then remove the gills, as they add a bitter taste to the dish. Rinse the fish under cold water and using a sharp knife, by the scraping, get rid of the black film, which is located on the inner side of the peritoneum.
6
If the fish is large enough, it can be cut into fillets. Walleye rinse thoroughly and lay on its side on a cutting Board. Cut off a thin part of the peritoneum and starting with the tail, walk with a sharp knife along the back, cutting the flesh to the mainline.
7
Cut the meat from the Gill covers and separate the fillet from the spine alternately with both sides. It remains only to pull out the bones and the fillets are ready.
Note
The fish will be easier to clean if it is pre-rubbed with coarse salt.
Useful advice
If at the time gutting fish for a fish soup you have touched the gallbladder, you should not worry about the taste of the soup. To get rid of the bitterness during the boiling soup, add the small pot of wood coal, leave it for 10 minutes and remove.
Is the advice useful?
See also
Присоединяйтесь к нам
New advices