How to learn to play the guitar

The guitar is a popular musical instrument. Learn to play the guitar you can own, without the services of teachers. This can be done with the help of tutorials and training videos. 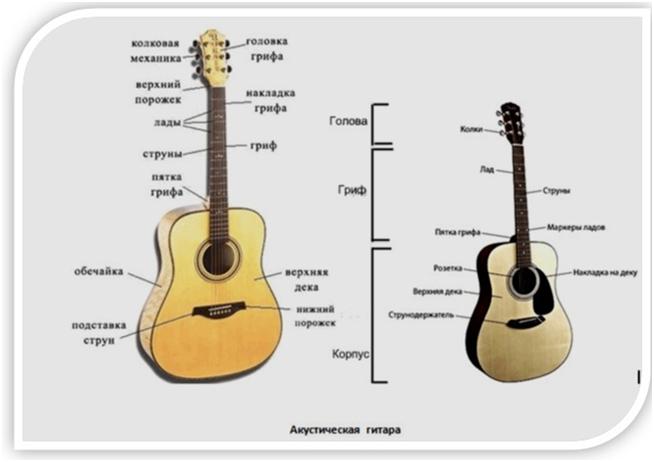 Related articles:
You will need
Instruction
1
Read the five basic chords and tabulature. Once you learn these concepts, you will be easier to perceive further information on learning to play the guitar. The source of these concepts can serve Internet.
2
Configure the first string on the guitar, and then the other. The first string is tuned by holding down the strings on the fifth fret - must come from the sound is the same as already configured the tool. The second string is configured by the first strings of the guitar. To do this, hold down the 2nd string on the fifth fret, and first string is already not pressed. Now, in turn, touches the strings with a plectrum and the sound of those strings in unison. The third string, sandwiched on the ninth fret sounds like open string 1. The fourth string at the ninth fret – as the second open. Fifth guitar string, sandwiched on the tenth fret – as an open third string. The sixth string at the tenth fret – fourth open.
3
Take the key of a minor. In her three chords (Am - Dm - E). Execute each chord four or five times – four-five strokes with the thumb of the right hand on all strings, from sixth to first. After the third of the chord, add the first Am. Slowly play these chords (Am - Dm - E - Am) until then, until you fingers get used to it. Next step – play each chord twice. When you will be able to automatically set the fingers in these chords, try to sing a song and accompany yourself on the guitar. A simple song, you can play three major chords, therefore, every key you see those famous chords. Select a comfortable tone and play something. 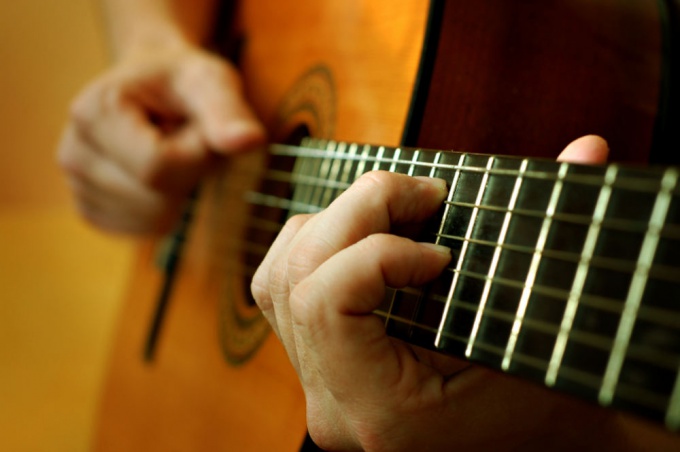 4
Download online any program that can play the tablature and at the same time to show what strings need to pinch, for example, Guitar Pro 5. Start in this program your favorite song and practice.
Useful advice
Do not run classes. Try to continue to play even if you have nothing.

Invite your mates, let them assess your progress and give my opinion. Don't be afraid of criticism.

Before moving on to the songs, definitely a very well learn the basic chords.