How to play seven-string guitar 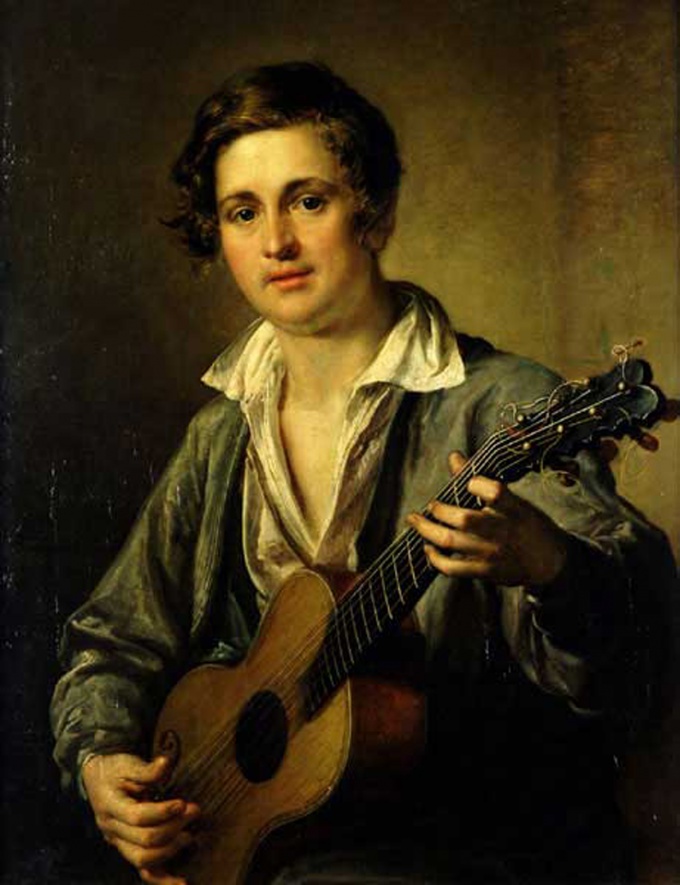 Related articles:
You will need
Instruction
1
Tune your guitar. Seven-string guitar is based on the triad of the tonic Sol-major. The first string is tuned as re the 1st octave. Check out her tuning fork. If you have a regular tuning fork with a mustache, which gives the sound of La, then the first string, sandwiched on the seventh fret should sound with the tuning forks in unison. The following strings are configured as si-Sol-ré-si-Sol-re.
2
Have a seven-string guitar there is a considerable advantage over other tools. It can be used with or without a Barre to play almost all the chords using the same position of the fingers of the left hand. Start with chords, where most of the open string. The main chord is in g major. It can take, not pinching the strings, but you can use a different treatment — for example, holding the first, fourth or seventh chord on the fifth fret.
3
Learn to take Barre. Barre guitar method, when the index finger of the left hand grips the part of the string (small Barre) or all (big Barre). A seven-string guitar Barre can be taken using the thumb of the left hand, which clamps to the desired fret the bass strings. The neck of the guitar while actually lying on the palm of your hand.
4
Learn the major chords in g-major and g-minor,. It is a tonic triad, and triads of the fourth and fifth degrees of C major and d major. Both of these chords can be taken, using a Barre on the fifth and seventh frets. Do Barre for seven-string guitar is important because all major chords are the easiest to take using this technique. G minor chord is taken from the Barre on the third fret, and the first, fourth and seventh string pressed on the fifth fret. Exactly in the same position you can take and all the other minor chords.
5
Learn how to take the seventh chord. For example, La-major seventh chord is taken with a Barre on the second fret and the first or fourth string thus clamped little finger or ring finger on the fifth fret. Try to play the rest of the seventh chords using Barre on different frets. The seventh chord involves the index and the little finger or middle finger. The rest of you can try to clamp the other way. Get different chords that can be useful in the selection of the accompaniment.
6
Try to play without the Barre. You already know salt is a major chord build on the closed strings. The first string is clamped with the little finger on the fifth fret, the second the index finger on the third, the third with your middle finger on the fourth fret. Ring finger you can try different sounds on the bass and see what happens — in any case it will come in handy when playing chords.
7
In parallel, develop the right hand. Start with a simple bust, with ascending and descending arpeggios. Arpeggios are played in sequence all the fingers of the right hand except the little finger. Then learn to play a simple battle. The right hand fingers touch the strings with the back, mainly nails. Thumb while in the right time affects the bass string. Play fight different rhythms. Try to play a waltz, a March and something lyrical. When you learn how to confidently play a simple battle, try more complicated when put together the right hand fingers touch the strings as nails and phalanges on the palm side.
Note
Some musicians tune the seventh string otherwise. It may sound like mi or La. But in the notes for seven-string guitar is usually given fingering for a conventional system.
Useful advice
Learning is faster if there are some purpose — for example, to learn the accompaniment to the song. So take zimovku any song and learn the chords in the order in which they stand in ciprovci.

Right hand when playing as Robin, so the fight should be absolutely free.
Is the advice useful?
Присоединяйтесь к нам
New advices