How to learn to play the guitar

The Foundation of rock music is the game on the electric guitar. This tool is fundamentally different from classical guitar. But to learn how to play it not as hard as it may seem at first glance. Of course, it is desirable to have experience of playing in the "classic". Then you will be able to learn to play the guitar without much difficulty. 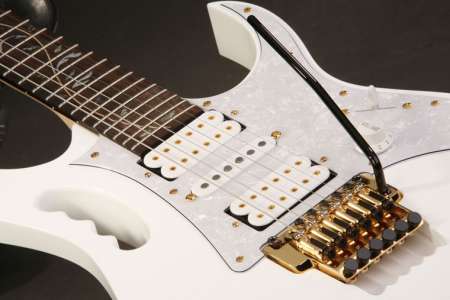 Related articles:
Instruction
1
Read the basics of playing the guitarIs primarily two basic ways of sound transmission. The first of them is the game in the fifths. To do this, purchase a table of chords – Quinto. With these chords you will set the rhythm of the song. The simplicity of these chords that you use only two or three fingers. To maintain the rhythm can drive such a Quint around the neck of the guitar, creating music "by ear". Learn a few Quinto and train in the game for a few days. After that, proceed to the next method of the game.
2
Learn Solow contrast to the first way of playing solo is the most difficult element to implement. It takes weeks of training, but ideally you need to do a few months. The essence of the game solo is a quick game notes. The guitar fingers slide across the fretboard within the first three strings. Start to train range. The most simple performed by the gamma looks like the following: pinch the first fret first string, hit it, then hold the second fret, third. Then hit the string in reverse order frets (4, 3, 2, 1). Go to the string above.
3
Complicate hemiparetic to the standard range of "do, re, mi, FA, Sol, La, si". As soon as you can accurately hit the strings without looking at them, Bystraya rhythm. Ideally, you should lose the range not more than 3-4 seconds. All this, of course, is practice. Remember that the scale can be played all over the fretboard. Gradually move on to the solo parties of famous musicians. Theoretically, to any song you can pick up the solo.
4
Train game mediatorov contrast to the classical guitar, the guitar strings are plucked not by the fingers and a plectrum. So the sound is special. Try to strike the strings with your fingers and a plectrum. You will immediately notice the difference. When playing fifths with a plectrum hit the strings, which is clamped in the chord.
Is the advice useful?
See also
Присоединяйтесь к нам
New advices