How to calculate wear of a car

After the accident, experts calculated the damage to vehicles for compensation for material costs necessary for repair. This procedure without scandals does not manage. Therefore, the government has developed a legislative act called "Rules for establishing the amount of expenses on materials and spare parts for regenerative repair of vehicles", which came into legal force from September 2010. 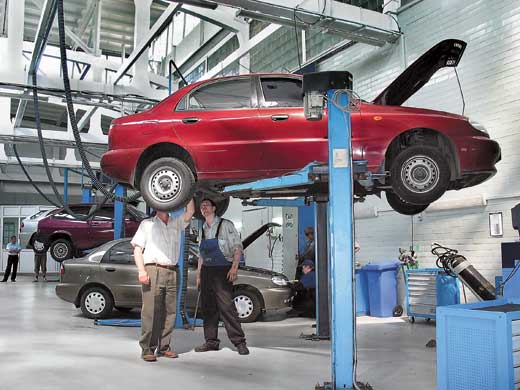 Related articles:
Instruction
1
The document is aimed at resolving conflicts between parties after the accident is relevant primarily for insurance companies, calculating material damage from the crash and the size of compensation for victims. But motorists also useful to familiarize yourself with the basic rules laid down in it. At least in order to be aware of why acquiring the spare parts necessary to repair the car, and the cost of which in trading organizations is, for example, 20 thousand rubles, it will allocate within fifteen.
2
The interesting thing is that to calculate the amount of damage it is impossible. Rules reglementary the determination of the degree of wear ofa particular part. And if the essence of legal rules, the owner will be able to calculate how old he is underpaid.

3
According to the tradition of the Russian legislation, which entered into legal force Rules raise more questions than help to clarify the situation. So, for a separate category is spare parts, which directly affect road safety. However, the list is not yet ready, and when he appears, nobody knows.
4
The coefficients used in this act for calculating the degree of wearand are the most mysterious moments. There is discrimination not only products of the domestic auto industry and the cars of foreign companies, produced on the territory of our country. Each year of operation 5.5% reduces the cost of the machines. In other words, in ten years, the depreciation of the car of the Russian production will be 55%. From the document follows that the most reliable are the Japanese cars, which recently so actively fought.

5
When in July 2004, the country introduced the system of compulsory insurance against third party liability, officials of the Ministry of transport mandated to develop a common methodology of calculation of harm at DTP. More than a year ago appeared the first document (the RF Government Decree No. 361 of 24.05.2010, which can be used to calculate the degree of wear ofa car or its parts. But in real terms is possible only after the appearance of a number of regulations and the list of components and assemblies that are not correction factors, and the development of which is still involved in the Ministry of transport.In the meantime, the determination of the degree of wearand depends entirely on the expert opinion.
Note
The wear of the vehicle is a quantitative measure of the physical aging is influenced by external and internal factors obtained during operation of the vehicle and characterizing the state as a whole car as a whole and its individual elements (components, parts). When evaluating vehicle is shared by two types of depreciation: physical (natural and operational) and moral.
Useful advice
The most common type of malfunction of details of cars – wear. Wear any part of the car comes in 3 stages: the first stage is break-in period moving parts; the second stage – the period of normal operation, which occupies 80-90% of the time work items; the third stage is the period of intensive wear (safety-wear). In this regard, the wears are divided into 2 groups.
Is the advice useful?
See also
Подписывайтесь на наш канал