How to cut nails in the Guinea pig

Sea pigs are very cute and sociable animals. They can be a wonderful gift for virtually any man who loves animals. Watch these curious kids is very interesting, and to ensure that the pig does not yearned and was active and cheerful, it is better to contain just a couple of individuals (if you do not wish to obtain offspring, buy same-sex Guinea pigs) or to give your pet alone enough attention.An important aspect of Guinea pigs is regular cutting of nails. 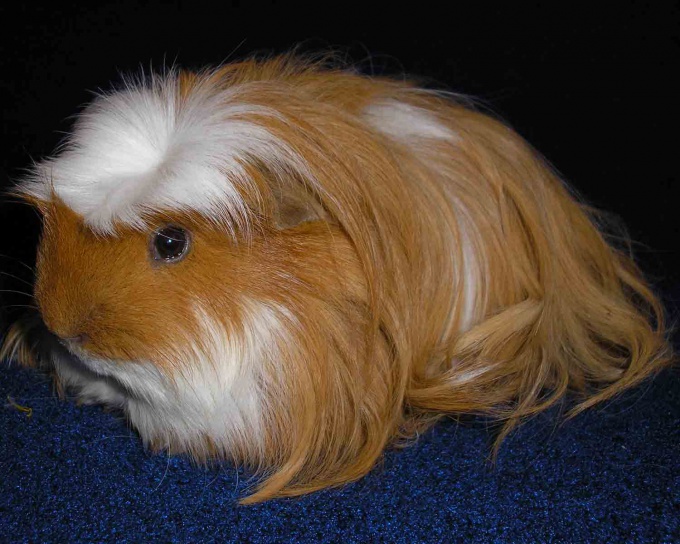 Related articles:
Instruction
1
How to trim the nails of a Guinea pig, because they are of such small size, and to keep the rodent in order to carry out such a procedure very difficult? First and foremost, in order to cut the nails easier, better to buy at the pet store special forceps. To perform this procedure with scissors is very uncomfortable, because the claws in Guinea pigs is quite thick and durable.
2
Pruning marigolds in your pet, be very careful not to damage the blood vessels at the base of the nail of the animal.
3
So, in order to trim Guinea pig nails, take it in one hand so that the foot you are going to handle, was between your index and middle finger, and the body of the sea pig clasp your palm and other fingers. Then take a look nail sea pig on the light, and you will see a little red tube – it is precisely the same blood vessel, and cut nails have before it starts. If you still damaged the vessel, apply a cotton swab with chlorhexidine in order to stop the bleeding.
4
In General, it is much easier to cut the nails Guinea pig together, so one person held the pig in an upright position, pressing her back to his place, and the second clipped nails.
5
After the treatment of nails sea pigs make sure to put it in a cage with clean litter, and the next day again change it to a variety of pollution do not fall on trimmed nails and did not cause disease in your pet.
Note
If you do not follow the nails pigs, they can get sick. First, nails can grow and make the movement of your pet is very difficult, not to mention the fact that they can simply grow into the tiny toes. Second, the nails of Guinea pigs accumulates a lot of bacteria, which can also lead to various diseases. If you do not prune marigolds these animals, then, because of the lack of the ability to grind your own, they can wrap it up and bend the fingers of the animal.
Useful advice
You should not cut nails at the Guinea pigs too often. One or two times a month would be sufficient in order to maintain the normal limbs of the animal.
Is the advice useful?
See also
Присоединяйтесь к нам
New advices