How to write the name in Latin

Often in the process of communication on Internet forums, in social networks, or in private correspondence, and then just like that, people have a desire to find the ancient form of his name or give him one. And want it to be not far-fetched, but really, qualified, scientifically. Of the ancient languages immediately comes to mind, of course, Latin. What's the name on the Latin language can be taken as the equivalent of his name? But if this last one is Latin in its origin, as to recreate its original form? The article attempts to understand these questions. 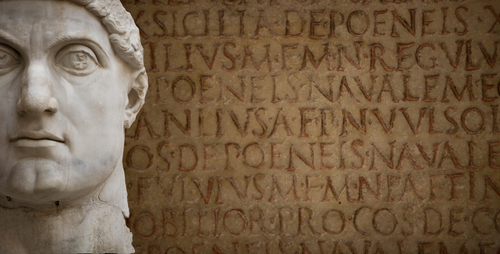 Related articles:
You will need
Instruction
1
Latin, as you know, in the past century was the language of European culture. It strongly influenced the Russian language and national consciousness. Here is the reason that a significant part of the current Russian names it by its roots just Latin names.

Moreover, many personal names in the Russian language even preserved unchanged its original Latin form. Take the names "Victor" or "Marina". A Latin version, different versions in other languages and the translation of such names can be easily found on specialized Internet sites, for example, on the website "The Kurufin''s Castle" (http://kurufin.narod.ru/index.html).

Of course, there are a certain number names, which, apparently, never in the Latin language were not translated. But just here and inherent creative challenge for those who wear these names and wants them, so to speak, to luteinizirutee. To make this conversion in several ways.

1. In the manner of the ancient Romans, the creators of classical Latin, followed by the medieval scholars, can simply be added to the male names ending "-us/-ius"/"-IP" (the end of female names in the Russian language coincide with the Latin): Glebus, Yurius, etc. But it's too straight-line method, which does not always gives the name nice and bold sounding (however, it is a matter of taste).

2. Alternatively, the word or words which is or on the basis of which established your name, if it is not Roman, translated into Latin. For example, the name "Svetlana" was formed from the adjective "bright, clear". It turns out – Lucia or Clara, i.e. "Lucy" or "Clara," Roman names formed from Latin words with the same meaning.

3. Or take the more difficult case – the same name "Vladimir" (translated from the Slavonic –"owning/ruling the world"). Although it has a medieval version in Latin (see above), it is possible to translate into Latin the meaning of (enough data from the Internet), and then get a two-syllable name Ermundus (and erus mundus) or double Regmundus (from rex and mundus). Very loud and impressive, isn't it?

4. Also, following the custom of Ancient Rome, to pick up a "alias" or nickname middle name /surname / nickname actually available using the above methods.

Thus, it appears that sometimes do not need to invent anything, but simply to detect the correct Latin analogue of the Russian name, or translate his name. However, it can become a creative activity. Probably there are other ways of romanization of his name, surname etc. But that is because of the limited space is left for the reader as, so to say, homework.
Is the advice useful?
See also
Присоединяйтесь к нам
New advices