How to make a discharge album

Dembelsky album is not just a photo album. As a tradition to create a commemorative book in the army was quite a long time, now dembelsky album can be called a true work of art. And therefore, when planning, you need to consider certain rules. 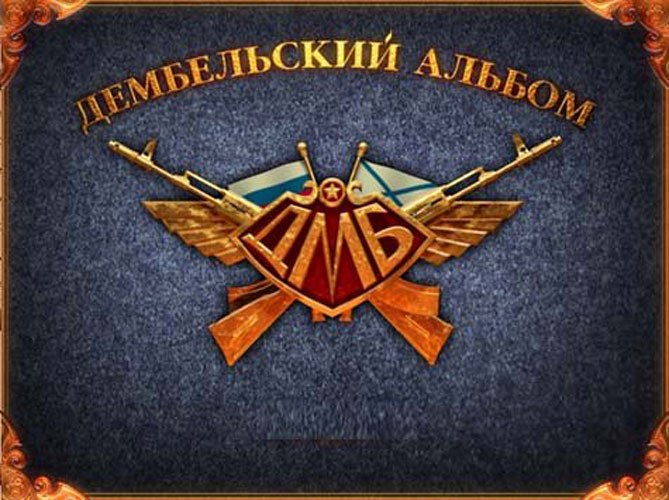 Related articles:
Instruction
1
Dembelsky album is made not in one day. As a rule, preparation for its creation begins "100 days to order" (that's about four months before the dismissal). Want to make an original, meets all the canons of the album, be varnish. They will need to cover all the pages. As the gasket between the lists use the tracing paper for the cover and is ideal velvet or cloth (with Grand officer's hat). If you manage to produce such cloth, it will aerobatics. For registration you will need foil for the manufacture of letters, paints, brushes and other specific "army" jewelry. 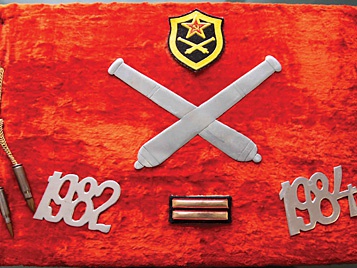 2
Trust to issue an album you need only a man that has a beautiful handwriting. Besides, he should know how to draw. If such talents in one person, you can find two people willing to produce a commemorative book. Typically, these volunteers are among young men who have only recently entered the service. Military traditions dembelsky album is considered especially valuable if the demobilization to him and a finger not touched. Volunteers for services rendered to get the promotion: don't go to outfits and can sleep longer.
3
If you are going to issue a discharge album, you remember that unified rules of registration does not officially exist. But certain rules are still there. One most important condition - the album should be very colorful. The pages of the book processed by varnish, is placed between them a blueprint, which serves as a divider sheet. After the leaves are processed, they need to decorate. This is difficult, as the paint on varnish is quite difficult. Therefore, in order to put a picture, used needles and toothbrushes. With their help, the paint is sprayed on the paper. The cover is made by wrapping the frame with velvet or cloth. And then it is decorated with embossing. 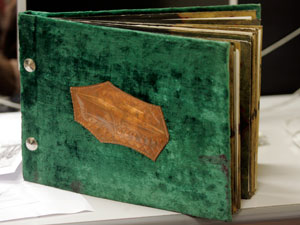 4
To bind the album need bolts, machined metal. And on the edge of the cover is necessary to let the edge of the silk cord.
5
And, of course, special attention should be paid to the photos. After all, they are the heart dembelsky album. Mandatory rule: the first page should be the owner in full dress and with the insignia of all degrees. The second most important page - the oath. And another picture, which is of great importance - this is the girl who waits for her soldier home. The bulk of the album contains photos captured with an ordinary life: the bearing of sentries, duties, etc. the Command part is trying to prevent the emergence of such images in the photo albums because, as a rule, they sealed the secret objects locations. Therefore, the officers periodically conduct verification inspection of personal belongings of conscripts. But images are still, with enviable regularity appear in dembelsky albums.

6
All pictures in the album are arranged in strictly chronological order. After all, the purpose of this gallery is to show how far the soldiers from "Ghost" to "father". So for a special pathos in the beginning of the album placed the order on appeal, and at the end of demobilization. And, of course, be sure to specify branch of service, the part number, the place where it is located, and lifetime.
7
And another must-see destination that should not be forgotten, is the presence in the album of poems and cartoons. It is on pages dembelsky album, you can read the lyrics of all famous army songs. Also here there are wishes from colleagues and commanders. This album is the best reminder of youth. Many conscripts, as adults, will show his children and grandchildren.
Is the advice useful?
See also
Подписывайтесь на наш канал