How to name a sports team

When a new team the first thing you need to think of a name. But from an infinite number of options to choose one that will suit everyone? For many teams, this issue is becoming a headache, and sometimes the cause of quarrels between team members. However, if you approach the choice of the name responsibly and thoroughly, then you can avoid it. 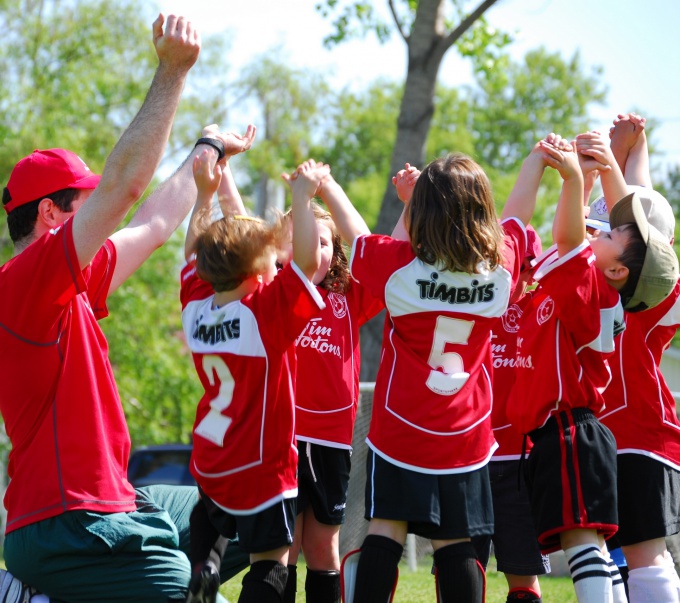 Related articles:
You will need
Instruction
1
First thing you need to remember what the name of the command can be given. Of course, the team name should not in any way offend human dignity, call for violence, chant blamed society phenomena, etc.
Further, it should be remembered that the team name should carry a meaning. It has become a symbol of the team, uniting its members. A serious approach to the choice of name may affect the liability of the members of the team to performances for her.
Therefore it is not necessary to give absurd names that do not have to her and to her order nothing, for example, "Wardrobe", "Salad", etc. you need to Avoid too long names (usually the name consists of one or two words).
2
So what principles to be guided by choosing a team name? There may be several options.

The easiest geographically. This can be the name of the city or locality where your team is based. Well-known examples: FC Barcelona, A. C. Milan, Hamburger SV, Bayern Munich (Bayern Munich).
If your team will play against teams from other cities or regions, such a name may be very relevant. It can awaken in athletes pride in the place that they represent, and to encourage them to perform better. However it should be remembered that such names are very common and may already be busy a team of your region. Besides, to callby the name of city or locality - means to take on additional responsibilities, not all members of the team can be ready for it.
3
In addition to the name of a city or locality, the category of geographical names include all the significant geographical features of your city. It can be river, mountain, sea - all that is known beyond your city. Known examples: "Dnepr", "Terek", "Chernomorets", "Mashuk", etc.
4
As your team sports, the important factor is the diverse physical qualities of the team members. The enemy need to "intimidate" them. So often for the names of sports teams use names of animals associated with certain physical qualities: strength, speed, endurance, etc.
Widespread such were the names of the teams of the National hockey League (NHL) and National basketball Association (NBA): Chicago Bulls, Chicago Blackhawks, Florida Panters, Phoenix Coyotes, Pittsburg Penguins, etc. As can be seen in such geographical names, the identity of the team is adjacent to the name of the animal.
5
If the command is of any company or community, you can emphasize in the title of this affiliation, for example: "engineer", "Vodnik", "metallurg".
In addition, as the name of a sports team can be any noun associated with strength, purpose, thrust, invincibility. Very often the names of the teams come from various natural phenomena, such as the names of NHL teams Carolina Hurricanes (hurricanes), Colorado Avalanche (avalanche). Other examples: "Wave", "Storm", "Energy", "Arrow", "Progress", "Bastion".
6
Another principle of team selection may be an appeal to history. So came the name of the sports community, "Spartacus." Other examples: "Legion, "Knights", "Grenadiers". The historical name again to be associated with strength and courage.
7
If anything suitable come up with fails, and your command is recognized only at the local level, you can simply duplicate the name of any famous team or sports community.
Is the advice useful?
See also
Подписывайтесь на наш канал