How to knit crochet armhole

If you know how to knit, you will not be difficult to come up with a new model garments, knitted as crochetand knitting. Knitting crochet can master even aspiring mistress – this method allows you to quickly create beautiful and delicate patterns, and a uniform knitted fabric. If you are knitting any garment – a blouse, a jacket, a vest, a shirt – you'll need the skill of knitting to the armhole, without which a thing would not sit on the figure, and will not be comfortable. 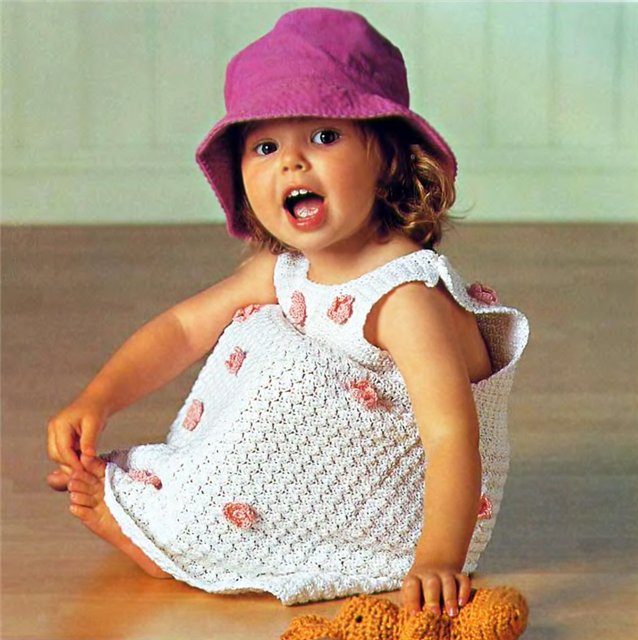 Related articles:
Instruction
1
Before starting to knit armhole, tie a shelf. Knit left shelf product to the place from which should start the armhole, and at the beginning of the front row fasten in a row of six loops.
2
Davaite a number and turn a knitted blank and then provarite purl row of the same length, and then fasten the three loops in a row at the beginning of the front row in the first group of loops of the second part. Then begin to diminish the loop in the second and third parts, hoping to remove at the beginning of each front row.
3
In the fourth part, begin to diminish the loop through one of the front row, subtracting by one loop at the beginning of the front row. Promazyvaya then the front row to the end, then provarite same purl row and re-bind the front row. Then again tie the purl row. At the beginning of next front row, finally, do the decrease one loop.
4
Thus, you bind armhole. Then link straight five or six series and add to them a few times for one loop through the different intervals. Keep your pattern on a knitted cloth is not disturbed by the late additions.
5
In knitting, focus on a diagram and follow the marks on the diagram, which regulate the number and location of additions and obavlenia loops. Also, if you are afraid to break the pattern of knitting, I can knit armhole in a straight line, without additions. In exactly the same way link and the second armhole on the right shelf.
Is the advice useful?
See also
Подписывайтесь на наш канал