How to crochet: instructions

Knitting crochet is becoming more popular. And all because to learn how to knit with a hook is much easier than knitting. A simple scarf or a sweater, socks or a sweater, doilies and lace, as well as toys and decorations - link to crochet almost everything. There are several types of knitting. In a simple knit using a short hook, the knitting fork is needed as a hook and a special plug. Tunisian crochet uses a long hook. There is also the type of knitting, in which individual motifs are combined in one product. This is called Irish crochet lace. 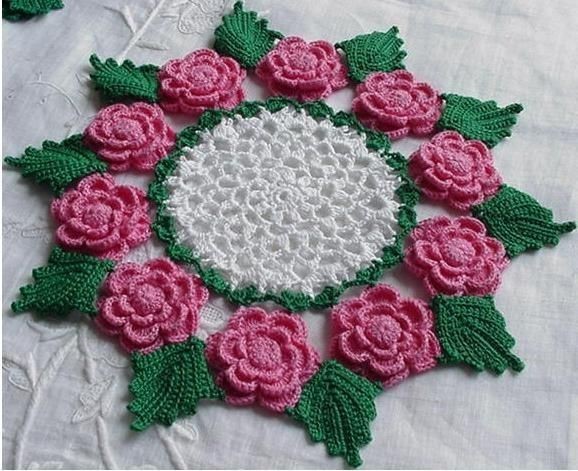 Related articles:
You will need
Instruction
1
Crochet crochet fit and thin and thick thread. Accordingly, the hook pick in accordance with the yarn thickness. To knit products made of thick yarn suitable hook from 3 to 6 mm. For fine threads such as iris, floss, crewel, use a hook of 1.5 to 2.5 mm in diameter. There is a rule determining the numbers of hook to work. The thickness of the hook should be 2 times the thickness of the thread. However, this rule can not be followed if you want to achieve different effects. If knit thick crochet from thin yarn, knitted cloth will work tracery. Conversely, we obtain a dense knitting, if slim crochet knit fabric made of fine threads.
2
Knitting crochet two ways: flat and circular. In the flat knitting knit forward and backward. In this type of knitting products front and inside will be the same. It is also possible to knit only forward. Then at the end of each row should break off and fasten thread. In a circular knitting products knitting in a circle.
3
The hook should be kept in the working hand with thumb and forefinger resting on the third finger. And working thread hold the thumb and forefinger of the other hand. Make the first loop, just tying it to a string. Pass the hook into the loop. The thread attached to the hook and pull the thread through it. Thus, tally all the basic loops: air, Poustovit, a column with nakida, and a column without nakida.
4
With the help of the stitches make the basis for knitting. Knit chain of air loops and continue knitting. Also these loops are used to lift up the next row. To make a column without nakida, enter the hook into the loop, then make a yo on hook and pull through the loop. Again, make a yo on hook and pull through both loops on the hook. The following column knit the next loop of the chain.
5
Loop called polytypic with stitches above the column without nakida, but less than the column with nakida. First, make a yo on the hook, then enter the hook into the next loop. Pull the working thread. Then do another yo counterclockwise and pull the thread through the three loops on the hook. On the basis of these loops, you can perform various elements of crochet on the hook. For example, a cone, a leaf, poluchaetsa and a ring, and others.
Is the advice useful?
Присоединяйтесь к нам
New advices