How to make a children's photo book

Children grow and change rapidly, especially in the first years of life. To keep in memory unforgettable moments when the baby first stood up on his feet, when he cut the first tooth, or what word was spoken first, long ago invented a special children's albums. To write and paste photos in the sample albums boring. You can find lots of services offer get it on the Internet, but these albums are inconvenient to watch. Therefore it is better to make the album themselves. 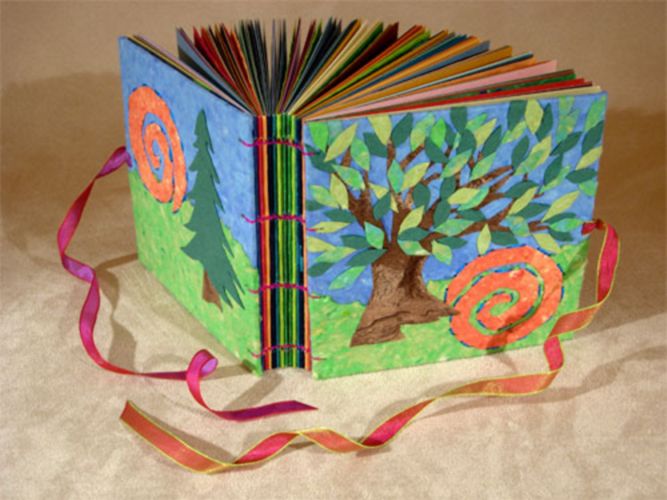 Related articles:
You will need
Instruction
1
For making a children's album may come and conventional photo album with cardboard sheets, and magnetic. It will only need to issue on your own.
2
But the most original and almost dimensionless it turns out the album, which you can do the first with their hands, and then, when you're older baby, fill it out and decorate it together. Buy stationery folder on the rings and children's sketchbooks. Album disassemble into individual leaves.
3
Lay the sheets in the files and put them in a folder on the rings. Now it remains to design an album.
4
In order to make the album art you can use for pasting pruning old beautiful Wallpapers of subtle colours, ribbons, lace, buttons and bows, cards. They are attached with liquid nails or glue.
5
Insert the photo album, since the first days of baby's life, make a funny caption, add text, and maybe even the notes of his favorite lullaby.
6
Capture the best of not only the child but his crib when he is in it, toys with which he loves to play and so on.
7
You can do a little review of the newspaper articles that describe events of the day when born baby.
8
Do not just circle the traces of his hands and feet and turn them into part of some interesting and fun figure.
9
When the child grows up, the album can decorate his drawings. And all the other photos that are not included in the main album, you can allocate thematic folders: "My birthdays", "My school dance" and similar little album.
Is the advice useful?
See also
Подписывайтесь на наш канал