Payments in the event of a reinstatement

In the case of the reinstatement of the employee at work by a court decision, the employer raise two issues: what payment is necessary to make such employee and what to do with those sums, which were paid on severance? 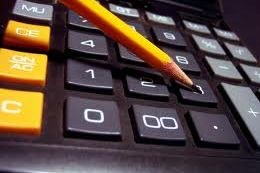 All the time when the employee was unable to work, that is, was dismissed and challenged the dismissal in court, shall be deemed involuntary absenteeism. For the period of forced absence, the employer shall pay restored to the employee's average earnings (article 139 TK the Russian Federation), the calculation of which takes into account only working days. While the awards can be indexed by the court.

If the writ contains a fixed amount of unearned income, the employer must give it to the employee without deduction of tax. Personal income tax you can deduct in the next payment and if such payment is not, the employer shall notify in writing the tax office about the impossibility of withholding and the amount of indebtedness of the taxpayer. In this case, the employee shall independently calculate and pay income tax.

In addition to personal income tax on average earnings during his forced absence charged premiums.

According to article 236 of the labour code in connection with the breach by the employer of the deadline for payment in the amount of lost employee earnings accrued interest (monetary compensation). Cash compensation is calculated on the basis of 1/300 of the current refinancing rate of the Bank of Russia and is not subject to personal income tax.

Loss of earnings during his forced absence shall be paid simultaneously with the cancellation of the dismissal order and reinstatement of the employee at work.

According to part 2 of article 237 of the labour code, the moral damage caused to employee misconduct the employer reimbursed him in cash in the amount determined by the court decision on reinstatement of the employee. Compensation of moral harm is not subject to personal income tax and is not subject to taxation of insurance premiums.

The loser of the trial, the court must compensate the other party for all incurred costs and expenses (part 1 of article 98 GPK of the Russian Federation).

The amount of compensation of court costs subject to individual income tax. The premiums on them are not charged.

Employee with whom the employment contract was illegally terminated by the employer, the dismissal shall be paid the following amounts:
- wages for time worked (volume of work);
- compensation for unused vacation, if at the time of dismissal of the stay he has not done;
- severance pay (as appropriate).

After the recognition by the court of the fact of illegal dismissal, compensation for unused leave and severance pay are recognized overpayment, as being paid without sufficient grounds. Paying restored to the employee, the court-appointed amount, the employer can reduce the amount of severance pay received by the employee in case of dismissal. But the amount of compensation for unused leave may be credited only during the subsequent accrual of holiday.

Another important feature, if during the period of forced absence the employee received unemployment benefit at the labour exchange, the salary for another employer, remuneration for work according to civil contract, temporary disability benefits, etc., such payments shall not be deemed illegally obtained.