How to cook wild meat

Meat of wild animals are the true decoration of the table. Not only do they have excellent taste, but also very useful as they are so accustomed to the hand-reared birds and animals harmful chemical compounds. 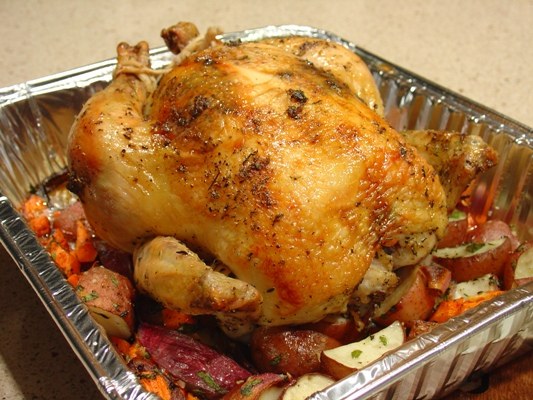 Related articles:
You will need
Instruction
1
Wild meat can be boiled, fried or cooked. The first method is the easiest but the most undesirable, as when cooking meat loses taste quality. However, it is well suited for soups and borscht. If you want to cook burgers, wild meat is better to mix half and half with beef or pork.
2
Fry the meat is not worth it, as it will almost certainly be hard. The exception is barbecue, this dish has its undeniable merits. Preparing meat for barbecue, his some time kept in the marinade, which gives the kebab softness and special taste. The exact exposure time depends on the marinade recipe. For wild meat, you can use the marinade on the basis of Luke, as the vinegar will make it even tougher. The marinade recipe is very easy: chop the onion rings, mash with salt and spices to release the juice. Then carefully move the onions with the meat so that it is soaked with juice. Leave the meat to rest for about half an hour, then you can put it on skewers.
3
Best wild meat to bake, then it turns out very tasty. Bake should be in the metallic form, pre shots of her foil. The edges of the foil then close the meat on top, which will eliminate scorching and allow to stand in oven for about half an hour – in this case, even tough meat will have time to potomitsya well and become soft.
4
One of the recipes for cooking wild meat is. If you cook duck, first adipate her, scorching over fire, disembowel. Then decide whether you want to bake it whole or cut into pieces. A duck looks prettier, but requires a longer cooking period. In addition, then it is quite uncomfortable to cut. So easier to cut it into pieces.
5
To garnish, cut small strips about 5-6 large potatoes. You will also need three large onions: cut two large slices, about 4-6 pieces. The third cut rings. Cut into small slices 3-4 tomatoes. You will also need spices – Bay leaf, dill, parsley, red and black pepper etc. to your taste. The potatoes and meat of the sunflower.
6
On the bottom lined with foil form, pour a little vegetable oil, pour half of the potatoes, a third of the onions and half the tomatoes. Sprinkle with spices, stir. Lay on top of meat, again sprinkle with spices. Move the remaining potatoes with onions, tomatoes and spices and lay on top. Close the foil edges, push to the foil did not deploy. Take it from the top with a knife a few small punctures. Cook at 200 degrees for a half hour. You can change the basic recipe at its discretion.
Is the advice useful?
See also
Подписывайтесь на наш канал