"Tour de France" is the most famous and prestigious Bicycle race in the world. Superblondinka takes place from late June to early July on the highways of France and Belgium. "Tour de France" consists of 20 stages and one prologue and lasts 23 days. Perhaps, when watching the competitions on TV, you wondered how to become a member of the Cycling race "Tour de France"? 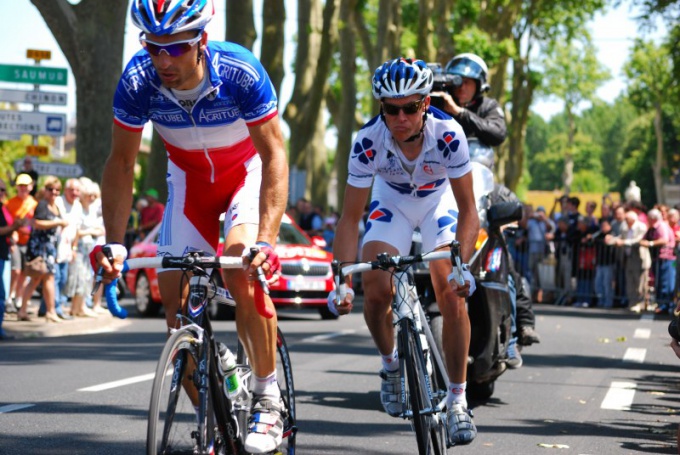 Related articles:
Instruction
1
Sign up in the Cycling section. Find this section in your city, contact the coaches, learn that you are having by age. If all of these points you successful, you can start training. It is worth noting that if you are seriously aiming to participate in the "Tour de France", then to start training you need at the age of 8-12 years. If you are over 30, it is unlikely that the coaches will have to prepare for some serious tournaments. To participate in Amateur competitions, you can prepare yourself.
2
Successfully advocate at the regional and national tournaments. To become a member of superplanetary "Tour de France", it is not enough to be a good cyclist. Have become one of the best cyclists in the country. Competent coach and your own diligence will allow you to develop endurance and show significant results in competitions. From childhood train yourself to become the first tournaments of any size. In the "Big loop" involved 22 teams and 200 cyclists. Not so much compared with the total number of people involved in Cycling all over the world.
3
Entrenched in a professional team. After a period of small and big victories of young people should go to the victories of the Cycling adult. But first it would be nice to get into professional Cycling team. It includes about 30 people different roles. If you showed himself well at the youth level, can look back on performances at international tournaments, then you can wait for the invitation from one of these teams. The most famous Cycling club in the post-Soviet space is the Russian "Katyusha" and Kazakhstan "Astana". It should be noted that not every professional team is allowed to participate in the "Tour de France". Therefore, we must strive to get into the best 22 teams in the world, for example, in the us, “Garmin-Barracuda and RadioShack-Nissan” in Luxembourg.
4
Become a useful member of his team. In 2011, the "Tour de France" was attended by 22 teams and 198 riders. This suggests that not each of the 30 team members participating in the most prestigious Cycling race. To participate in the "Tour de France" necessarily be the best rider in his team, but you have to be one of the most useful in their roles to ensure their participation in the "Tour de France".
Is the advice useful?
Присоединяйтесь к нам
New advices