How to become a transvestite

Confuse transvestites with transsexuals, often accusing and homosexuality. Moreover, even offer to treat them. Actually, it's mostly straight and quite healthy men. Just for the sake of momentary pleasure or for the purpose of shocking they sometimes dress like women and wear makeup, not changing their orientation and not trying to adjust the biological gender. To become a transvestite in the full sense of the word impossible. 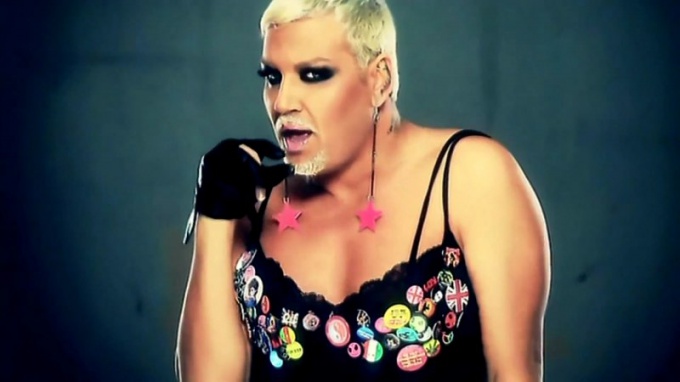 Head dark subject, research subject," claimed the doctor in "Formula of love". To the origins of transvestism, cross-dressing in clothes that tend to wear people of the opposite biological sex, this phrase has a direct relationship. He, as well as transsexualism and homosexuality, appears in the human mind from birth, becoming a lifelong part of his gender (of the mind).


Sexologists and psychiatrists have proved that the cause of the predilection of the men for dressing in women's clothes is not bad parenting, environment or someone else's bad influence, and genetics. There is even a theory that inside every man "hides" the woman. Well, and Vice versa. According to her, changing clothes, transvestites like to get a part of the feminine. Then "fold" it back, again becoming normal men. In nature and life real crossdressers not very much. Approximately one to three percent of the total number of members of the male biological sex.


Among the misconceptions concerning drag Queens, otherwise they are called crossdresser, the most common three:
- they are all gay;
- that they can become;
- what is a synonym for transsexual.

People, a negative attitude towards representatives of sexual minorities and the LGBTQ movement, where formally included lesbian, gay, bisexual, transgender and queers, put the blame transvestites (they are traditionally referred to as transgender) having a homosexual orientation. This is also one of the common misconceptions. In reality, the majority of crossdressers — ordinary heterosexual men with families and children. Sometimes they are very brutal and emphatically removed from the "non-traditional values.


The only genetic men a real opportunity to voluntarily and publicly to try on the outfit and drag, not being it in its essence, is a performance on stage. For example, in a nightclub, where there are so-called burlesque travesti show. Like that which leads in Moscow Zaza Napoli. Or at the contest "Eurovision", where the furor Austrian singer-drag Queen with the stage name Conchita Warts.


By the way, here outside observers and the impression about transvestites (because they don't see), how about only the people with the so-called sexual orientation is gay. To some extent it is true. And on the other hand, not all actors are drag Queens gay. It is impossible not to take into account the fact that the classic drag Queens in the same clubs just don't perform. Usually they prefer to change at home and look like from their point of view can look like a real woman.


Moreover, most secret transvestites dressing up or wearing under a male suit lingerie is an additional stimulant. As the time-related positive emotions. In particular, for sexual attraction to your wife or beloved friend. It does not go beyond the family home and so-called public morality.

The vast majority of Russians, especially homophobic and transphobic minded, do not see any difference between transvestites, transsexuals and gays. Consider them as almost synonymous, added to sexual perverts. Any attempt to explain what transsexuality has not associated with sex, and orientation, being inherently a failure of the hormonal system, success usually brings.


Not perceived by ordinary people and such a seemingly obvious and compelling fact that no classic and staunch heterosexual, crossdresser will never begin voluntarily to take female hormones. He is not going to do and expensive surgery for the correction of the floor. On settled it is only MtF transsexuals transitioning from male to female. But they, unlike drag Queens, men are not. Despite their masculine before a certain time the documents and physiology.


A bit like transsexuals only crossdresser-famiily who like to feel and even to consider himself in the company of ladies it ladies. Again, without clearly and publicly expressed desire to become legal to women to correct gender and to live in society.

Sexologists and psychiatrists are two main types of male crossdresser. The first of these is TDV, dual role transvestism. Scientists describe it as a long-term gender variance. It becomes a source of not only small dysphoria, that is, the mismatch of form and content, but also resistant, does not disappear by itself desires to take the image of a person of the opposite biological sex.


TDV also causes sexual arousal, and sometimes even a state of euphoria. By the way, he is considered one of the contraindications with the passage of the transgender MtF licensing of the Commission. The second type of fetishistic transvestism is short. It is exclusively aimed to produce positive emotions during direct contact with a heterosexual woman. After which "takes a break".

In history there are several famous characters — Joan of Arc, Nadezhda Durova and others, which can be described as bearers of this female transvestism. Though in many respects forced, under conditions of martial law. But currently public women from eating a variety of mens clothes — jackets, jeans, sneakers, and so forth, not a sexual abnormality. Accepted morality, in contrast to male crossdresser, it is not against, accustomed to the patterns community is not condemned.
Is the advice useful?
See also
Присоединяйтесь к нам
New advices