How to get into the French Legion

French Foreign Legion is steeped in myths, legends and romantic superstitions. Know about him almost everything, but nothing concrete. Meanwhile, to qualify for the honorary title of Legionnaire almost everyone. 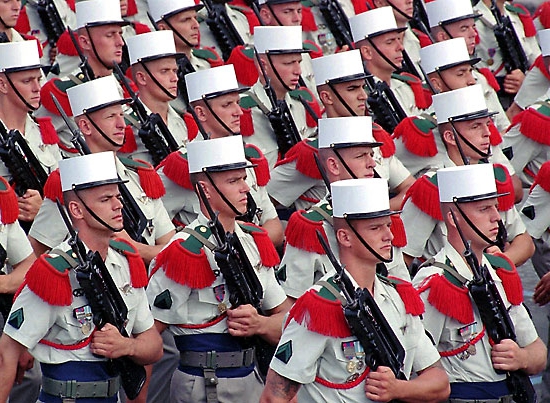 Related articles:
You will need
Instruction
1
The French Foreign Legion accept almost all. Almost, because the exception is still there:
• age from 17 to 40 years

• gender: unisex
Nationality and skin color do not matter, and the conformity of physical fitness, health and psyche the requirements of the Legion can only be judged by the results of the first tests. There is absolutely no requirement and the level of knowledge of the French language.
2
In order to enlist in the French Foreign Legion, you need to arrive at one of the points of recruitment in France with the identity document. Outside of France to enlist impossible, therefore, to choose the point of recruitment, which has the easiest to get to. Today in France, 17 recruiting centres, each of which takes volunteers around the clock.
To get to the point of recruitment by choosing any of two options: a trip to France, or by invitation visa of any of the French friends. On any recruiting point guard exhibited, which transmits applicants on the territory of the recruitment center as soon as they announce his desire to join the Foreign Legion. Passing through the gate, all without exception, the candidates have for a long three weeks to become the object of scrutiny.
3
Candidates Legionaries are quite complex and multi-layered psycho-technical, medical tests, and the test of physical fitness. In addition, while volunteers test and download their public benefit, the security service of the Foreign Legion checks the personality of the candidate for Interpol databases.
Figuring out interest to the security service parts last the life of the volunteers happens in a personal conversation. In total, the verification of the candidate to meet all the requirements of the Foreign Legion lasts about three weeks. At the end of this period the winners will sign a contract for five years will be shaved bald, and in a new form sent to the Training center.
4
Recruits of the French Foreign Legion are provided with everything necessary to successfully serve the interests of France, receive a substantial cash payment may qualify for a lifetime pension and obtaining French citizenship. However, all these positive points, the Legionnaire will be able to evaluate later, and while waiting for the novice soldier's harsh routine.
Note
Service in the French Foreign Legion falls under the article "Mercenary activities" of the Criminal Code of the Russian Federation.

According to section 3 of article 359 of the criminal code of the Russian Federation of 13.06.1996 N 63-FZ "participation of a mercenary in armed conflict or hostilities shall be punishable by deprivation of liberty for a term from three till seven years with restriction of liberty for a term up to one year or without it.A mercenary is a person who acts in order to obtain material compensation and not a citizen of a state involved in armed conflict or hostilities, does not reside permanently in its territory, and not a person directed to perform official duties"
Useful advice
The language barrier at the beginning of the recruitment can be overcome by using the phrase "Bonjour - Je suis russe, Je suis venus pour joindre La Legion Etrangere".

It is easier to get to the recruitment centre in Aubagne.

Fast primary screening of candidates is performed at the point of recruitment in Lille.
Is the advice useful?
See also
Присоединяйтесь к нам
New advices