The time of ripening of this delicious, juicy and fragrant berries that are grown in backyards and farmers ' fields, for both adults and children. Strawberry varieties differ in ripening and length of fruiting. Conventional strawberries are grown once per season and everbearing varieties produce fruit several times from late spring to mid-autumn. To know the period when the strawberry ripens, you need to know in what climate zone it is growing. 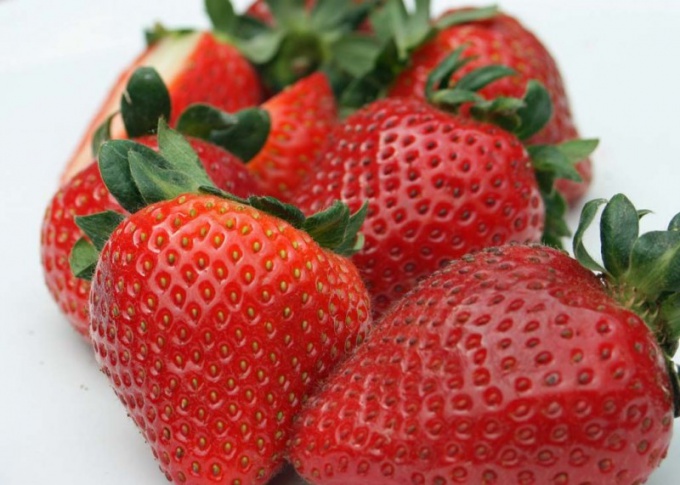 Already not unusual in many areas of steel remontant varieties that produce fruit two to three times during the summer. They bloom, too, from early may to October, and fruiting occurs almost continuously, but in waves. The first notable harvest in early June, in mid-July appears on branches with berries, and in the middle of August is another harvest. If the weather conditions this year were favorable, there is a probability of receiving and the fourth harvest, which falls in the middle of October.

Strawberriesgrown under greenhouse conditions, of course, begins to bear fruit sooner than planted in the open ground. For greenhouse varieties are "Burned" and "Wave". They are grown in enclosed greenhouses or winter heated rooms. These varieties are characterized by high yields and a dense structure of the pulp of the berries, thereby they well endure transportation over long distances. The ripening of strawberries these varieties in the first half of June. Fruiting can last for almost a month – until mid-July.

Varieties grown in the open ground – "Desna", "the little Mermaid", "Pocahontas", "Mascot", "festival", "Cambridge" in the mid-latitudes begin to bear fruit by the end of June. But it has its own peculiarities. Early varieties: "Olivia", "clearys" appears in the beds the first week you can start to collect "Elsanta", "Festival" and "Capital", a week – "Prezent", "Gigantella", "Arosa", the latter will ripen "Pegasus", "Camera", "Tarusa".

For the term maturity is also influenced by the selection of a site for planting. It needs to be Sunny, not flooded and well-fertilized. If you plant the varieties of different ripening its crop you can collect in a month and a half.