How to find out who my ancestors by the name

Most of the names has its own history rooted in ancient times. So your name can I ask, who were your ancestors and what they were doing. To know the history and origin of a kind – here is an example of respect for the memory of ancestors. 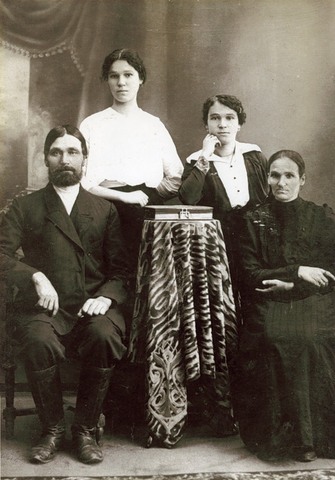 Related articles:
Instruction
1
Currently searching family roots are actively engaged historians. This, of course, does not mean that they trace everything, but the most interesting, popular or, on the contrary, a rare name, they describe. View specialized publications and websites, maybe you'll find his name.
2
Try to look for the origins of the method of analogy and semantic analysis. Look through dictionaries and reference books, understand that means your surname and where she went, often the name became the name of profession of father: "the son of a blacksmith – blacksmiths", etc.
3
Most of the princely families and the boyars, and then formed from the name of the lands that they owned. For Example, Shuya, Meshchersky, Vyazemsky. But all the name of this type of Prince, maybe it's just an indication of the area from which the person arrived, a Jewish name is formed based on this principle.
4
Very often the name of non-Russian origin then Russified, for example, Sarkisian could become Sarkisov.
5
There are also seminar surnames. Many priests and their children receive the surname from the name of the Church where they were (the Trinity Sergius), and someone got the name of the icon title (Znamenskiy, vishensky)
6
There are names from the names from the old Testament (Sodom, Israel) and New Testament (Nazareth, Vifleemsky). The names could also be formed from adjectives, the data of some saints (Theological, Magdalinski). Some seminarians were given names that somehow reflect certain traits of the seminarian (Smelov, Veselov, Tikhomirov, Dobronravov).
7
The largest share of the Seminary's names are so-called geographical names. They did not come from the name of the diocesan cities, towns and villages smaller, as the training took place in the Seminary of his diocese. When the seminarians came from neighboring provinces, the name was produced from the name of a Cathedral city. For example, the surname Ufimtsev, until the mid-19th century in Ufa diocese were not bishops of the chair, so went to study in the neighboring province. Also examples of geographical names seminar will be Krasnopolsky, Novgorod, Belinsky and others.
Is the advice useful?
See also
Подписывайтесь на наш канал