How do you know your nationality by last name

To determine the nationality of the last name you need to remember morphemic analysis of the school program of the Russian language. A direct reference to nationality contained in the root of the name and its suffixes. For example, the suffix "ako" in the names Shumeyko — Ukrainian proof of the origin of the family. 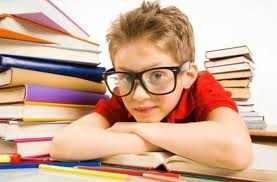 Related articles:
You will need
Instruction
1
Take a piece of paper and a pen. Write your name and highlight it all morphemes: root, suffix, ending. This preparatory stage will help you determine what nationality is the last name of your family.
2
Note the suffix. Because in the Russian language often other foreign names Ukrainian Dating it can be the following suffixes: "enko", "ACO","ovsk/uausc", "co", "point". That is, if your last name Tkachenko, Shumeyko, Peter or Gulevsky, Klitschko, Marochko, distant relatives are to be sought on the territory of Ukraine.
3
Look at the root word if the suffix did not answer the question of what is the nationality of your last name. Often it becomes the basis of a particular profession, subject, animal, bird. As example, the Russian name Honchar, Ukrainian Gorobets (translated into Russian - a Sparrow), a Jewish Rabin (meaning "Rabbi").
4
Count the number of roots in the word. Sometimes the name consists of two words. For Example, Ryabokon, Belastan, Krivonos. Similar names belong to the Slavic peoples (Russians, Belarusians, Ukrainians, poles, etc.), but are found in other languages.
5
Rate his name with the point of view of belonging to the Jewish people. Common Jewish names are composed of the roots "Levi" and "Cohen" occurring in the names Levitan, Levin, Cohen, Katz. Their owners are descended from ancestors who were in the rank of clergy. There are also names that came from men (Moses, Solomon) or female names (Rivkin, Baileys), or formed from the fusion of a male name and a suffix (Abrahamse, Jacobson, Mandelstam).
6
Remember leaks in your veins Tatar blood? If your last name consists of a combination of Tatar words and suffixes "in", "ov" or "EV", the answer is obvious — in your family were Tatars. This is particularly evident on the example of such names as Bashirov, Turgenev, Yuldashev.
7
Determine what language is the name, based on the following tips:
- if it has the prefix "de" or "le," the search for roots in France;
- if the name sounds English the name of the site (e.g., Welsh), as a person (Sweet) or profession (Carver), relatives must be sought in the UK;
- the same rules apply to German surnames. They are derived from the profession (Schmidt), nicknames (Klein), name (Peters);
- Polish names can know, based on the sound — Kowalczyk, Sienkiewicz.
Look in the dictionary of foreign words if you have problems assigning names to a particular language.
Note
If your last name is of Jewish origin, it is possible to determine the territory of residence of their ancestors. So, Slavic Jews are names Davidovich, Berkovich, Rubinchik. In sound they are very similar to the Russian patronymic and diminutive names of things. The names of Polish Jews are suffixes. For Example, Padva.
Useful advice
To make a family tree or find long-lost relatives, but to prevent the mistake in the interpretation of names by nationality, should be based not only on the root and the suffix, but also on the environment of existence. After all, the most common name Ivan is a Hebrew past, and the names, he educated, are found in the Russian, Mari, Mordvin, Chuvash, Ivaneev, Wankin, Ivashkin, Ivakin, etc. So don't be lazy just search etymological dictionary.
Is the advice useful?
See also
Подписывайтесь на наш канал