How to get into politics

There is no better expression of citizenship for a person than direct participation in the political processes of the country. To get into a policy very difficult, but possible. You just need to know how. 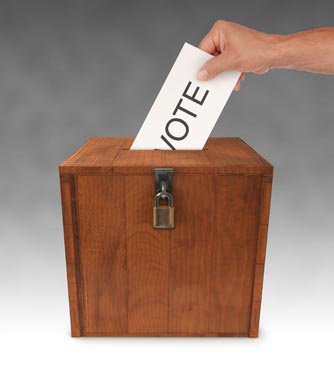 Related articles:
Instruction
1
First of all, you must understand that the easiest way to get into politics is to join the proverbial party, close to you in views. It is clear that any political party is based on a certain ideology. Accordingly, if you wish to have certain views were considered the leadership of the country, you just support the party with their presence in the rank and file members and may vote.
2
Join the party or public organization, as a rule, not difficult. In some parties/organizations can join directly through the Internet by filling in a virtual form. It all depends on the direction. For example, the most mass party of Russia – "United Russia" offers its conditions of membership: • have experience of stay in supporters of party not less than 6 months;
• review the Charter and party Program;
• fill in a comprehensive form with the application for admission to the party and the CV of a member of the party;
• receive the recommendation of Council of supporters of party;
• interview to the local (primary) branch of the party at the place of residence;
• apply to the local (primary) branch of the party at the place of residence.
3
Sometimes the conditions are difficult. You want to have your candidature confirmed full member (i.e. an acquaintance/recommendations, etc.). Varies in all such cases, rather on aesthetics. Remarkably, the most difficult to engage in a marginal party/organization, which a priori will not be many supporters.
4
If the existing options don't suit you, then you can create your own party/public organisation. Only, it is first necessary to read the RF law "On political parties". What may at first put almost any original idea to a standstill. However, despair should not be. In the beginning you can create a social movement, and if it in fact will be able to develop widely, it may soon happen convert into a real political party.
Is the advice useful?
See also
Присоединяйтесь к нам
New advices