How to cook buckwheat

Buckwheat, or Grechka is a "pantry" of protein, minerals, soluble fiber and other beneficial nutrients. Light nutty flavor, delicate structure make porridge from buckwheat is a delicious addition to many dishes. Buckwheat served with mushrooms and caramelized onions, stuffed her piglets and mutton side, cook her soup and eat just like that, with sugar and milk. Cook buckwheat groats is easy and it can be done in several ways. 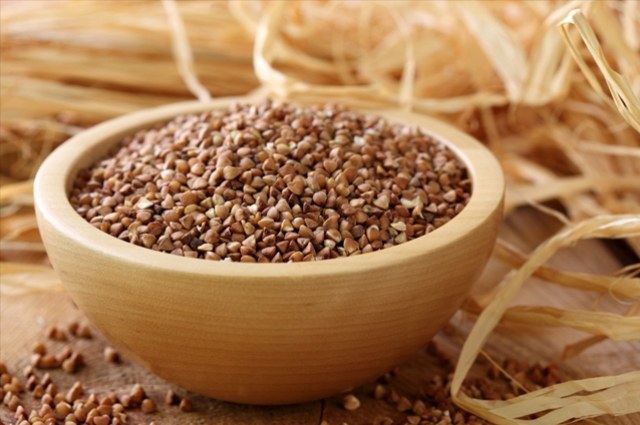 Related articles:
Instruction
1
Buckwheat, and rice, boiled in a ratio of 1:2, where on one Cup of cereal two glasses of water. The portion is enough to feed an adult, is obtained from the 1/2 Cup of grits.
2
Before cooking, washed rump. Previously, it had yet to sort out, but modern technologies of packing separated, not only stones and debris, but even a broken grain. Buckwheat, free from husk, whole or slightly chipped grain called buckwheat. If it is pre-treated with steam – parboiled — it's the buckwheat that. Split grains are in buckwheat or green, it can also be instant. Porridge, properly welded from the unground, it will be crumbly, grain upon grain. Porridge done it turns out more like oatmeal – "a wuss".
3
To nutty aroma and taste of the unground opened, it is recommended to roast cereals before cooking in butter or vegetable oil. So grain will be more beautiful, Golden brown, and cooked mush faster.
4
Pour in the pan two times more water than you expect to cook grits and bring to a boil. Melt 2 tablespoons of the oil in a skillet over medium heat, stir in buckwheat and, stirring constantly, fry it for 3-5 minutes. Reduce heat under boiling water to low and put it in the buckwheat, cover and simmer 10-15 minutes, if instant grits, or 30-40 if unground — ordinary. Crumbly buckwheat porridge, like rice, do not interfere during cooking. If you poured the cereal right amount of water, it will not burn.
5
Slipped not fried before boiling. To cook porridge of broken rice, cereals, put into boiling water or hot milk and boiled like the oatmeal, stirring occasionally. The preparation of a "nincompoop" for 10-15 minutes.
Useful advice
If you want to have Breakfast with warm porridge, and time to cook it there, just pour the buckwheat boiling water in the same proportion (1 to 2), tightly cap, wrap in several towels or even put under your pillow and leave it for the night. In the morning you will have warm crumbly buckwheat porridge.
Is the advice useful?
See also
Присоединяйтесь к нам
New advices