Where to go in Togliatti

Tolyatti is a city in Samara oblast, located on the left Bank of the Volga river, directly opposite the picturesque Zhigulevsk mountains. Its history is from the 18th century. Then he was a guard castle, which was intended for the resettlement of baptized Kalmyks and defense of the Russian lands from the invasion of nomadic peoples. Subsequently, Togliatti has grown and today it is a major industrial, economic and transport. 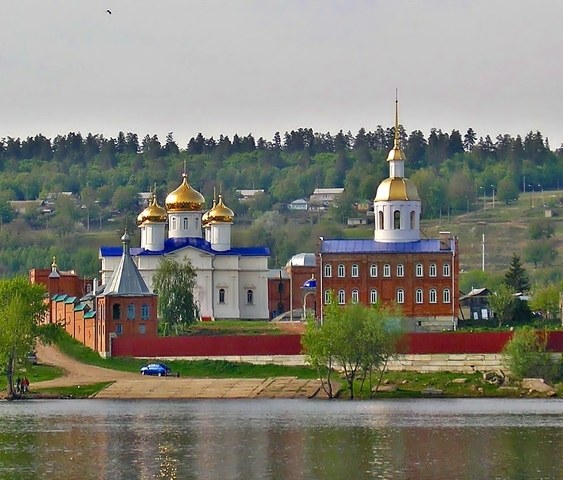 Related articles:
A special reputation that the Volga was brought to this town and located here AVTOVAZ factory. But apart from this, there are many interesting attractions that makes sense to visit during your stay in Tolyatti. The most rich in heritage, Antiques and monuments Central area of the city. In its heart, in Liberty square, you can see the Obelisk of fame and Eternal flame burns in honor of residents killed during the great Patriotic war. This is just the perfect spot to relax and Hiking in Togliatti. Nearby is the Central square where you can see the memorial complex erected in honor of the builders of the city. In addition, there is a bell tower and the sculpture of Saint Nicholas. Go for a walk in the city Park, which is situated directly opposite the Central square. On one of the alleys you can see the sculptural composition called "Grieving angel", which is dedicated to the victims of repression. It is a square, the perimeter of which are panels of granite. At one side stands a figure of a seated angel, cast in bronze. In his hands is the book where it says "Time to collect stones".In Tolyatti has several temples, the largest of which is the Spaso-Preobrazhensky Cathedral. It was opened in 2002, at the same time within its walls can be more than three thousand believers. Here is the right hand of St. John the Baptist is one of the most revered Christian shrines. Day, the sparkle of its Golden domes can be seen from almost anywhere in the city. In the dark, the facade is illuminated by searchlights, why even night is seen as over the sleeping Togliatti stands majestically whitestone community. The peculiarity of this temple is that it was built not according to the Orthodox canons. The proportions in this, indeed, is not observed. However, this fact does not detract from its merits. The Cathedral attracts not only pilgrims but also lovers of architecture. It's worth visiting the Church of the Annunciation, which is the oldest city temple. It is located in the village fedorivka and was built on the money of the landlord Bakhmetyev in the late 19th century. In addition, in Fedorovka you can look at the Pokrovsky Cathedral and the Church of St. Barbara.On coast of Volga installed an observation deck, which offers spectacular views over the city. Here stands the equestrian statue to the founder of Stavropol-on-Volga, so it was originally called Tolyatti, – the statesman and historian Vasily Tatishchev. Is a kind of calling card of the city. This monument is often depicted on postcards and travel tickets. There are on the streets of Togliatti and the monument, which evokes special feelings. This so-called "Monument dedication". It can be found at the intersection of Lev Yashin and the southern highway. He is a dog who expects. It's kind of the Tolyatti analogue of the monument of Hachiko. Near this monument often stop the wedding procession. His prototype was a dog named Faithful, who for seven years lived on the South side of the highway, in the place where a car crash killed his masters. After his death, the townspeople decided to erect a monument to the faithful dog.Visit Tolyatti and not to visit the Museum of AVTOVAZ, would be a crime. It is located in the immediate vicinity of the plant. The exposition of the Museum tell about the variety of products popular automotive company. Among the exhibits of the sewing machine, a submarine, helicopters, locomotives, radar, tanks, vehicles, and even ballistic missile.
Is the advice useful?
See also
Подписывайтесь на наш канал