Where birds fly away in autumn

Every year when the summer heat subsides, the days are getting shorter, and the amount of food is reduced, most of the feathered inhabitants of the Northern districts and the middle band go on a long and dangerous journey South. Different birds make different range flights. 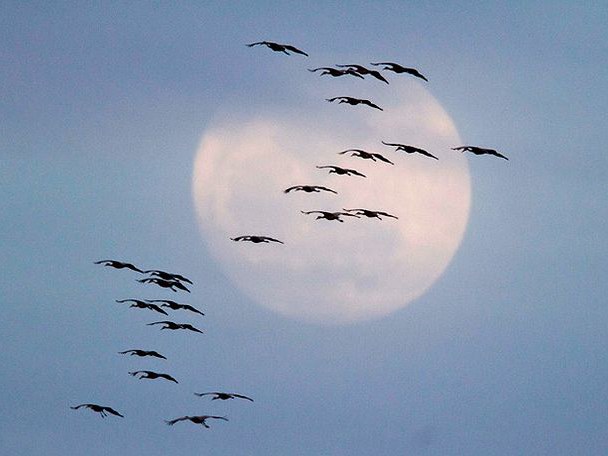 Related articles:
There are two theories that explain the annual migration of birds. The first is that birds began to fly away from their usual habitat in search of food after the climate changed the Earth. The second says that they originally lived in the tropical zones of the planet. And when they became too much, there was a gradual resettlement in the Northern region. Due to the winter cold to live there permanently birds can't. None of the existing theories with absolute certainty doesn't explain why the annual autumn migration. Perhaps, as is often the case, the truth is somewhere in the middle. Clearly only one thing – the instinct is so strong that the birds twice every year making a difficult and dangerous journey. So where 're the birds?In the middle lane departure of birds starts in late August – early September and stretched for almost two months. The first cuckoo flies away. It will be followed by Swifts and swallows. They, as well as Redstart and spotted Flycatcher, winter in the tropical zone of Africa. Cranes, ducks, and waders in Egypt. Flycatchers, hoopoes, nightingales, Orioles in the African savannas. There're the corncrake and the great snipe. Finches, starlings, thrushes, Wagtails, rooks are flying on southwest. They spend the winter in Italy, Portugal, Spain and France. Snipe - in the Caucasus and further South. Geese wintering on the Caspian coast and in the Crimea. Goose - bean goose – in Germany and England. Woodcocks in France and Ireland. Storks in southern Africa. River gulls – on the shores of the Black and Mediterranean seas. As you can see, the geography of the wintering wide and varied. Small birds fly at a speed of 30km/h, those that are larger - up to 100 km/h and more. Autumn migration lasts for several months. Some types during this time overcome more than ten thousand kilometers. And the record range is considered terns, which fly in winter from the North pole to the South. Range of flight of these birds is 40 000km.
Is the advice useful?
See also
Присоединяйтесь к нам
New advices