Before the onset of cold weather many species of birds inhabiting the Northern and temperate latitudes, start the long journey South. For wintering in warmer climes fly, for example, ducks, swallows, thrushes, cranes. For some reason they go into such a long and dangerous journey? 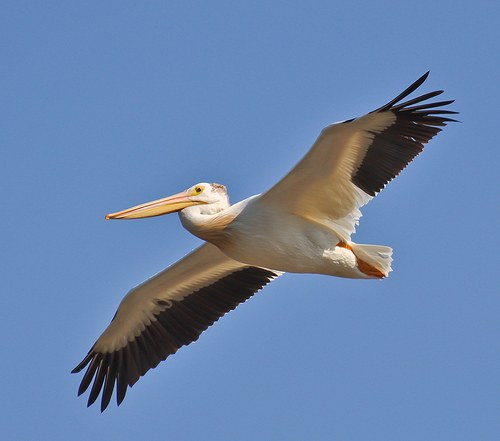 Related articles:
It would seem that the answer is very simple: due to the upcoming cold weather. But many birds don't fly South. For example, the ubiquitous great Tits, crows, pigeons, sparrows stay for the winter where I live. Maybe they have tighter feathering, and so they suffer less from cold.These birds have learned to live near humans and find food in landfills, trash. All the trash for them – a food source. But for those birds that feed on insects, larvae, fish, stay for the winter in the same place is death from hunger: insects until the spring will not be ice. So we have to fly to warmer climes for many hundreds, if not thousands, of kilometers.For example, the swallows fly away to winter in the region of the Mediterranean coast and some species even farther, to Africa. Everyone knows the cuckoo also winters in Africa and in its southern regions. This is a real traveler. However, it is not far behind Flycatcher and Oriole, who also spend the winter in the South of the African continent. But starlings mainly fly West for the winter of Europe, France. Ducks-mallards spend the winter on the coasts of the Northern and Mediterranean seas, and partly in the Balkans and in Africa. The cranes mostly going back to Greece, South Italy. Swans whooping spend the winter mainly in the Mediterranean coast, and smaller part – in Germany, France, UK, Ireland. Many species of gulls spend the winter on the coast of the Azov, Black and Caspian sea, Central Asia, some individuals fly to India, Pakistan, southern China, even to Japan. In fact, answering the question, where fly the birds, be more correct to say: "There, where they will find for themselves the most optimal, comfortable environment. It is the favorable weather, good food supply, a relatively safe wintering conditions, etc.," Factors very much.
Is the advice useful?
See also
Подписывайтесь на наш канал